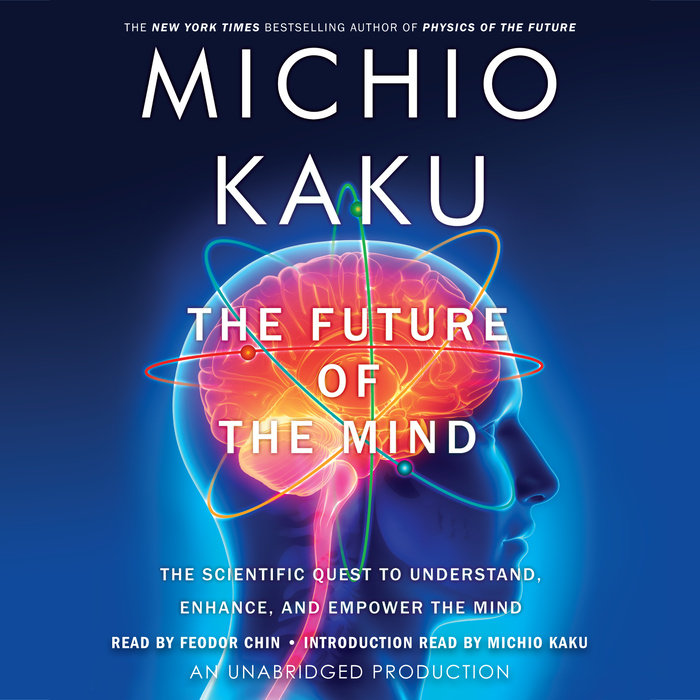 “Compelling….Kaku thinks with great breadth, and the vistas he presents us are worth the trip”
—The New York Times Book Review


The New York Times best-selling author of PHYSICS OF THE IMPOSSIBLE, PHYSICS OF THE FUTURE and HYPERSPACE tackles the most fascinating and complex object in the known universe: the human brain.

For the first time in history, the secrets of the living brain are being revealed by a battery of high tech brain scans devised by physicists. Now what was once solely the province of science fiction has become a startling reality. Recording memories, telepathy, videotaping our dreams, mind control, avatars, and telekinesis are not only possible; they already exist.

THE FUTURE OF THE MIND gives us an authoritative and compelling look at the astonishing research being done in top laboratories around the world—all based on the latest advancements in neuroscience and physics.  One day we might have a "smart pill" that can enhance our cognition; be able to upload our brain to a computer, neuron for neuron; send thoughts and emotions around the world on a "brain-net"; control computers and robots with our mind; push the very limits of immortality; and perhaps even send our consciousness across the universe.

Dr. Kaku takes us on a grand tour of what the future might hold, giving us not only a solid sense of how the brain functions but also how these technologies will change our daily lives. He even presents a radically new way to think about "consciousness" and applies it to provide fresh insight into mental illness, artificial intelligence and alien consciousness.

With Dr. Kaku's deep understanding of modern science and keen eye for future developments, THE FUTURE OF THE MIND is a scientific tour de force--an extraordinary, mind-boggling exploration of the frontiers of neuroscience.
Read More
Praise for The Future of the Mind,  #1 New York Times Bestseller


“Compelling…Kaku thinks with great breadth, and the vistas he presents us are worth the trip”

“Intriguing….extraordinary findings…A fascinating sprint through everything from telepathy research to the 147,456 processors of the Blue Gene computer, which has been used to simulate 4.5% of the brain’s synapses and neurons”
—Nature

“Fizzes with his characteristic effervescence….Fascinating….. For all his talk of surrogates and intelligent robots, no manufactured being could have a fraction of his charisma.”
—The Independent

“A mind-bending study of the possibilities of the brain....a clear and readable guide to what is going on at a time of astonishingly rapid change.”
—The Telegraph

“In this expansive, illuminating journey through the mind, theoretical physicist Kaku (Physics of the Future) explores fantastical realms of science fiction that may soon become our reality. His futurist framework merges physics with neuroscience... applied to demonstrations that “show proof-of-principle” in accomplishing what was previously fictional: that minds can be read, memories can be digitally stored, and intelligences can be improved to great extents. The discussion, while heavily scientific, is engaging, clear, and replete with cinematic references... These new mental frontiers make for captivating reading”
-Publishers Weekly


“Kaku turns his attention to the human mind with equally satisfying results…Telepathy is no longer a fantasy since scanners can already detect, if crudely, what a subject is thinking, and genetics and biochemistry now allow researchers to alter memories and increase intelligence in animals. Direct electrical stimulation of distinct brain regions has changed behavior, awakened comatose patients, relieved depression, and produced out-of-body and religious experiences… Kaku is not shy about quoting science-fiction movies and TV (he has seen them all)… he delivers ingenious predictions extrapolated from good research already in progress.”
-Kirkus Reviews

“Facts to ponder: there are as many stars in our galaxy (about 100 billion) as there are neurons in your brain; your cell phone has more computing power than NASA had when it landed Apollo 11 on the moon. These seemingly unrelated facts tell us two things: our brains are magnificently complex organisms, and science fiction has a way of becoming reality rather quickly. This deeply fascinating book by theoretical physicist Kaku explores what might be in store for our minds: practical telepathy and telekinesis; artificial memories implanted into our brains; and a pill that will make us smarter. He describes work being done right now on using sensors to read images in the human brain and on downloading artificial memories into the brain to treat victims of strokes and Alzheimer’s. SF fans might experience a sort of breathless thrill when reading the book—This stuff is happening! It’s really happening!—and for general readers who have never really thought of the brain in all its glorious complexity and potential, the book could be a seriously mind-opening experience.”
-Booklist

Praise for Physics of the Future

"[A] wide-ranging tour of what to expect from technological progress over the next century or so.... fascinating—and related with commendable clarity"--Wall Street Journal

"Mind-bending........Kaku has a gift for explaining incredibly complex concepts, on subjects as far-ranging as nanotechnology and space travel, in language the lay reader can grasp....engrossing"--San Francisco Chronicle

"Epic in its scope and heroic in its inspiration"--Scientific American

"[Kaku] has the rare ability to take complicated scientific theories and turn them into readable tales about what our lives will be like in the future.....fun...fascinating. And just a little bit spooky"--USA Today

Praise for Physics of the Impossible

“Kaku's latest book aims to explain exactly why some visions of the future may eventually be realized while others are likely to remain beyond the bounds of possibility. . . . Science fiction often explores such questions; science falls silent at this point. Kaku's work helps to fill a void.”—The Economist

“Mighty few theoretical physicists would bother expounding some of these possible impossibilities, and Kaku is to be congratulated for doing so. . . . [He gets] the juices of future physicists flowing.”—Los Angeles Times 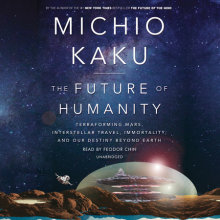 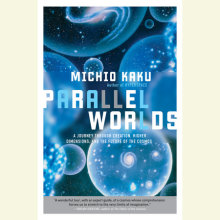 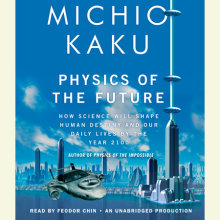