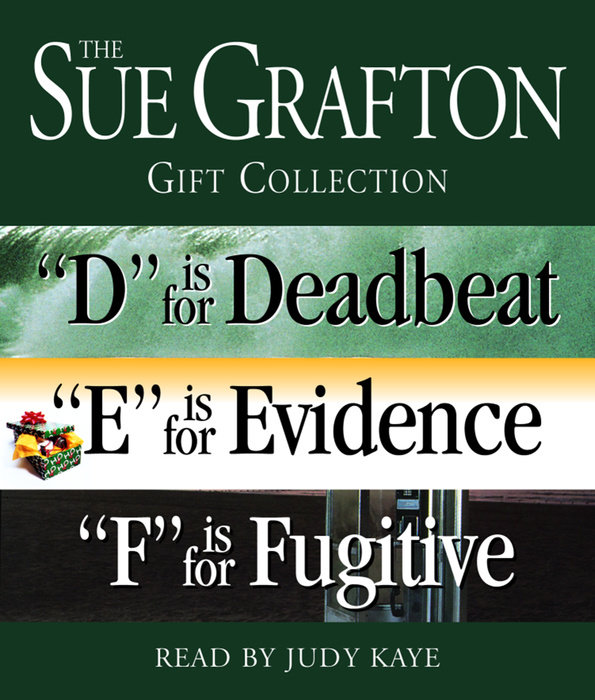 "D" Is for Deadbeat
Alvin Limardo hires Kinsey Millhone to deliver $25,000 to a fifteen-year-old kid. Seems pretty straightforward; or it would have been if Limardo wasn’t a phony. Burned but determined, Kinsey finds Limardo–dead. Finding the killer will be a tough assignment, but not as tough as making a stiff pay his debts.

"E" Is for Evidence
When Kinsey is framed for insurance fraud, she is expecting a complicated, tiring investigation. But she’s not counting on the involvement of her long-departed ex-husband. And she’s certainly not counting on murder.

"F" Is for Fugitive
Kinsey must prove the innocence of a man already found guilty of murder. Bailey Fowler, escaped convict of a crime he swears he didn’t commit, is picked up on a fluke of mistaken identity and turns to Kinsey to keep him from being sent back to prison, by finding the real killer.
Read More 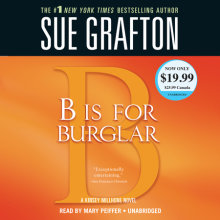 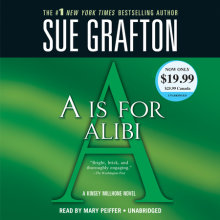 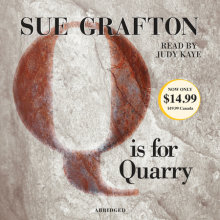