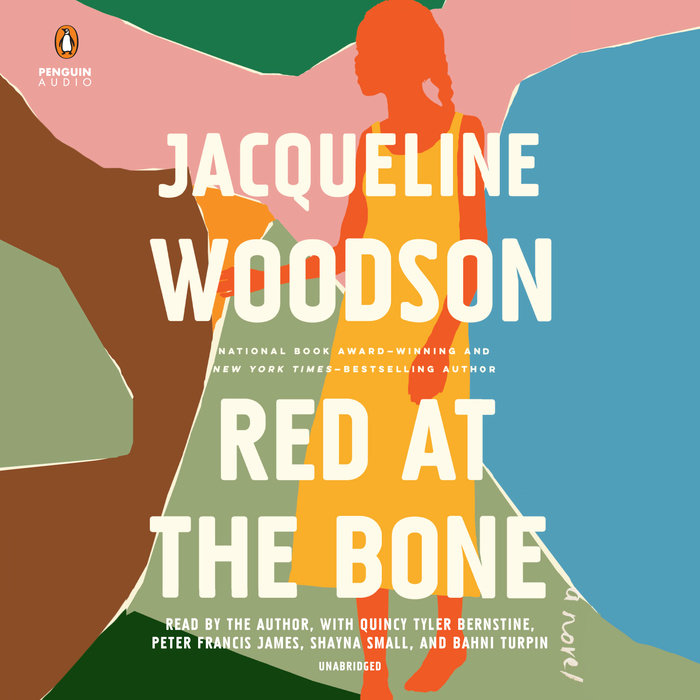 Named one of the Most Anticipated Books of 2019 by LitHub and The Millions.

Called one of the Top 10 Literary Fiction titles of Fall by Publishers Weekly.

An extraordinary new novel about the influence of history on a contemporary family, from the New York Times-bestselling and National Book Award-winning author of Another Brooklyn and Brown Girl Dreaming.

Two families from different social classes are joined together by an unexpected pregnancy and the child that it produces. Moving forward and backward in time, with the power of poetry and the emotional richness of a narrative ten times its length, Jacqueline Woodson's extraordinary new novel uncovers the role that history and community have played in the experiences, decisions, and relationships of these families, and in the life of this child.

As the book opens in 2001, it is the evening of sixteen-year-old Melody's coming of age ceremony in her grandparents' Brooklyn brownstone. Watched lovingly by her relatives and friends, making her entrance to the soundtrack of Prince, she wears a special custom-made dress. But the event is not without poignancy. Sixteen years earlier, that very dress was measured and sewn for a different wearer: Melody's mother, for her own ceremony-- a celebration that ultimately never took place.

Unfurling the history of Melody's parents and grandparents to show how they all arrived at this moment, Woodson considers not just their ambitions and successes but also the costs, the tolls they've paid for striving to overcome expectations and escape the pull of history. As it explores sexual desire and identity, ambition, gentrification, education, class and status, and the life-altering facts of parenthood, Red at the Bone most strikingly looks at the ways in which young people must so often make long-lasting decisions about their lives--even before they have begun to figure out who they are and what they want to be.

"[A] remarkable and moving portrait of a family in a changing Brooklyn. . . There's not a single unnecessary word."—Refinery29

"For those still mourning the loss of Toni Morrison, it’s essential that you direct your attention to National Book Award winner Jacqueline Woodson." –The Observer

"A family portrait that transcends the bounds of time. Woodson, a National Book Award winner, writes with fluidity, grace and finesse, pulling the plot tight in the final word." –BBC.com

"Woodson knows how to articulate aches that, for most of us, remain locked in articulateness—particularly the very human craving for validation.  In her latest, Red at the Bone, the National Book Award winner uses this gift to unpack the ambitions and struggles of three generations of a black family in Brooklyn.  By the slim novel’s end, she’s painted a poetic mural of their lives."—Elle

"A novel you won't soon forget, one that begs to be discussed." —PopSugar

"Red at the Bone is fall’s hottest novel." —Town & Country

"You’ll love every last word of this beautiful book." —HelloGiggles

"[A]s teenage Melody takes part in a coming-of-age ceremony, the history of her New York family unfurls, and three generations of longing and ambition come into razor-sharp focus." —Vanity Fair

"Red at the Bone breaks down the ways in which parenthood changes people for both better and worse and what it means to find your true identity." —Parade, Most Anticipated Books of Fall

"Woodson’s language is as elliptical and dreamy as poetry, but it’s always grounded in story and character, like prose. Red at the Bone is a family story that is sparked by an unexpected teenage pregnancy, simultaneously unspooling backward and forward in time." —Vox

"Jacqueline Woodson deftly touches on race, class, religion, and sexuality in a spare but poignant multigenerational portrait of a Brooklyn family." —Business Insider

"A beautifully written examination not just of the bonds of family, but also of how alone one can feel within it…. Woodson paints a portrait of people who can barely remember who they once were, yet live with the echoes of their past selves every day. This lyrical novel makes the reader feel like they are present at a moment both they, and the characters, are attempting to unpack together." —BUST

"Slender miracle of a novel [that] performs a magic trick with time….Woodson skips back and forth between the decades so deftly that it feels like it all happens in a heartbeat." —Family Circle

"Jacqueline Woodson is moving and shaking in both YA and adult literature realms. Her new adult novel brings together a clash of social classes via an unexpected pregnancy . . . Two words: can’t wait." —The Millions, Most Anticipated 2019

"[Jacqueline Woodson’s] books combine unique details of her characters’ lives with the sounds, sights and especially music of their surroundings, creating stories that are both deeply personal and remarkably universal….this lyrical, lightly told coming-of-age story is bound to satisfy." —BookPage

"[A] beautifully imagined novel. . . Woodson’s nuanced voice evokes the complexities of race, class, religion, and sexuality in fluid prose and a series of telling details. This is a wise, powerful, and compassionate novel." —Publishers Weekly, starred review

"Woodson famously nails the adolescent voice. But so, too, she burnishes all her characters' perspectives. . . In Woodson, at the height of her powers, readers hear the blues: ‘beneath that joy, such a sadness.’" —Kirkus, starred review

"Jacqueline Woodson has such an original vision, such a singular voice." —Ann Patchett, New York Times bestselling author of Commonwealth

"Woodson brings the reader so close to her young characters that you can smell the bubble gum on their breath and feel their lips as they brush against your ear."— Tayari Jones, New York Times-bestselling author of An American Marriage 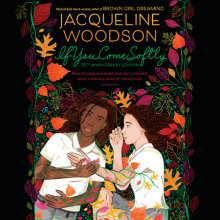