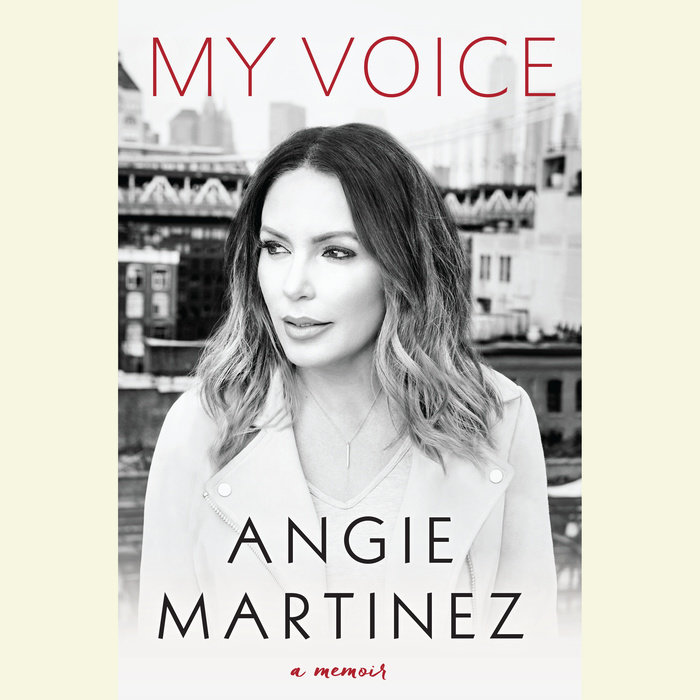 Angie Martinez is the “Voice of New York.” Now, for the first time, she candidly recounts the story of her rise to become an internationally celebrated hip hop radio icon.

In her current reign at Power 105.1 and for nearly two decades at New York’s Hot 97, Angie Martinez has had one of the highest rated radio shows in the country. After working her way up as an intern, she burst on the scene as a young female jock whose on-air “Battle of the Beats” segment broke records and became a platform for emerging artists like a young Jay Z. Angie quickly became known for intimate, high-profile interviews, mediating feuds between artists, and taking on the most controversial issues in hip hop. At age twenty-five, at the height of the East Coast/West Coast rap war, Angie was summoned by Tupac Shakur for what would be his last no-holds-barred interview—which has never aired in its entirety and which she’s never discussed in detail—until now.

Angie shares stories from behind-the-scenes of her most controversial conversations, from onetime presidential hopeful Barack Obama to superstars like Mary J. Blige and Chris Brown, and describes her emotional, bittersweet final days at Hot 97 and the highly publicized move to Power 105.1. She also opens up about her personal life—from her roots in Washington Heights and her formative years being raised by a single mom in Brooklyn to exploring the lessons that shaped her into the woman she is today.

From the Puerto Rican Day Parade to the White House—Angie is universally recognized as a powerful voice in the Latino and hip hop communities. My Voice gives an inside look at New York City’s one-of-a-kind urban radio culture, the changing faces of hip hop music, and Angie’s rise to become the Voice of New York.


From the Hardcover edition.
Read More
PRAISE FOR MY VOICE AND ANGIE MARTINEZ

“Conversations with Angie are always straightforward and in the moment. SHE INTERVIEWS HOW SHE LIVES HER LIFE, OPENLY AND HONESTLY. After everything she has experienced and everyone she has spoken with, this is just the first half of her story. It’s the right time for her memoir; she is a pioneer.”—Shawn “Jay Z” Carter

"Whenever New York has an opinion, Angie has always been THE VOICE of reason—the voice we were waiting for to ask the right questions.”—Pharrell

“Angie Martinez is a true friend and supporter of artists. She's a businesswoman, philanthropist, and a TRUE CHAMPION OF OUR CULTURE, who has forever altered the landscape of radio and hip-hop music.”—Jennifer Lopez

"I just love the way Angie Martinez handles herself in interviews. SHE'S THE HIP HOP OPRAH FOR REAL.”—Nicki Minaj

“Angie Martinez is more than just the “Voice of New York.” She embodies New York—STRONG, OUTSPOKEN, HONEST, AND REAL. Everyone in New York, the greater metropolitan area, and beyond would benefit from reading My Voice. It is a fascinating look at Angie’s life, her incredible career, and the evolution of the music business from her one-of-a-kind perspective.”—Senator Cory Booker

“Growing up as a Puerto Rican girl in New York City, I looked up to Angie, like so many other girls. She has been a POSITIVE AND EMPOWERING INFLUENCE in my life. I absolutely love this woman! Her own words in this book demonstrate why she is so loved and why her authenticity is so admired. My Voice does not disappoint!”—Adrienne Bailon

"Angie captures perfectly the essence of hip-hop in a genuine way. In a way that only a person who has lived it can.” – The Huffington Post

“Her voice is a theme throughout the memoir, both literally and figuratively, with Angie painting detailed portraits of how she developed as a person and used not only her voice, but her experiences and perspectives to navigate life and remain honest to her truest self. It's a must read.” – Complex
Read More