- Penguin Audio -
Written By: Andrew Delbanco
Read By: Ari Fliakos
22.50
Unabridged Download
-9781984837967 -
*Manufacturerâ€™s Suggested Retail Price. See retailer for details.
The War Before the War
Fugitive Slaves and the Struggle for America's Soul from the Revolution to the Civil War 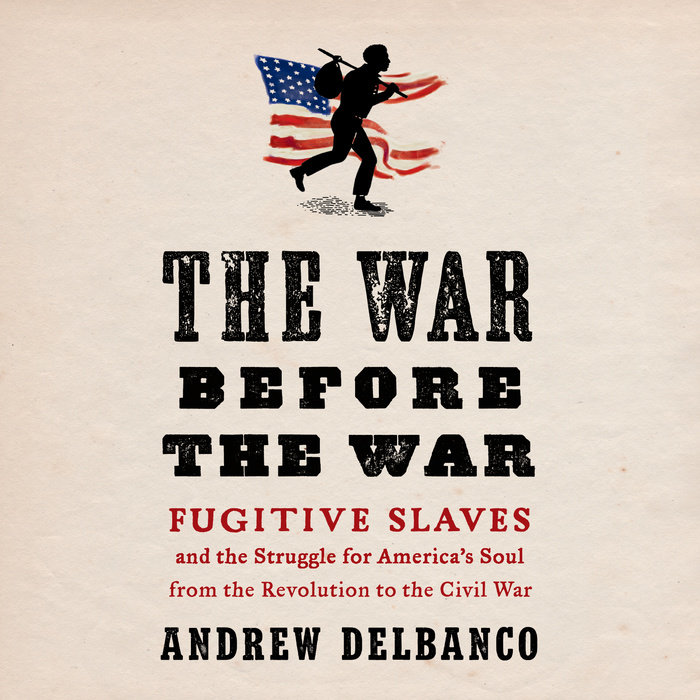 Winner of the Anisfield-Wolf Book Award

For decades after its founding, America was really two nations--one slave, one free. There were many reasons why this composite nation ultimately broke apart, but the fact that enslaved black people repeatedly risked their lives to flee their masters in the South in search of freedom in the North proved that the "united" states was actually a lie. Fugitive slaves exposed the contradiction between the myth that slavery was a benign institution and the reality that a nation based on the principle of human equality was in fact a prison-house in which millions of Americans had no rights at all. By awakening northerners to the true nature of slavery, and by enraging southerners who demanded the return of their human "property," fugitive slaves forced the nation to confront the truth about itself.

By 1850, with America on the verge of collapse, Congress reached what it hoped was a solution-- the notorious Compromise of 1850, which required that fugitive slaves be returned to their masters. Like so many political compromises before and since, it was a deal by which white Americans tried to advance their interests at the expense of black Americans. Yet the Fugitive Slave Act, intended to preserve the Union, in fact set the nation on the path to civil war. It divided not only the American nation, but also the hearts and minds of Americans who struggled with the timeless problem of when to submit to an unjust law and when to resist.

The fugitive slave story illuminates what brought us to war with ourselves and the terrible legacies of slavery that are with us still.
Read More
“A valuable book, reflective as well as jarring . . . Delbanco, an eminent and prolific scholar of American literature, is well suited to recounting . . . the most violent and enduring conflict in American history.”—Sean Wilentz, New York Times Book Review

“Delbanco . . . excavates the past in ways that illuminate the present.  He lucidly shows [how] in the name of avoiding conflict  . . . the nation was brought to the brink and into the breach. This is a story about compromises—and a riveting, unsettling one at that."—Jennifer Szalai, New York Times

“A compelling, elegantly written account of how fugitive slave laws laid bare ‘the moral crisis’ in the hearts and minds of antebellum Americans."—Minneapolis Star-Tribune

“A valuable book, reflective as well as jarring . . . Delbanco, an eminent and prolific scholar of American literature, is well suited to recounting . . . the most violent and enduring conflict in American history”—New York Times Book Review

"In The War Before the War, Andrew Delbanco narrates this history in lucid prose and with a moral clarity that is best described as terrifying. . . One of the most admirable features of this truly great book is the subtlety with which Delbanco considers his story’s applicability to our own moment."–Alan Jacobs, The Weekly Standard

“Many present-day historians dealing with issues of race and slavery tend to approach the past as prosecuting attorneys eager to bring all those culprits in the past to justice. They indict some in the antebellum period for their timidity and caution because they feared a war and did not know what to do, and applaud others who turned out to guess right about the course of events. Delbanco has too subtle a sensibility, too fine an appreciation of the tragedy of life, for that crude kind of history writing. Although he describes the brutality of slavery with force and clarity, and his feelings about slavery are never in doubt, he nevertheless displays a compassion for all the people, slaveholders included, caught up in circumstances they could scarcely control or even fully comprehend.”—Gordon Wood, The New Republic

“[Delbanco] has performed a remarkable service in producing this deeply researched and heavily documented book. His literary style is flowing and graceful, well-balanced…This is truly an important book, and well-worth the time and effort to educate oneself in the source of a human tragedy whose far-reaching fingers still scratch upon our conscience.”—Richard Raymond, The Roanoke Times

"Cogently argued, meticulously researched, and compulsively readable, The War Before the War sheds new light not only on American history, but on America’s present story, and its struggles with race."—Read it Forward

“Andrew Delbanco’s latest book, The War Before the War: Fugitive Slaves and the Struggle for America’s Soul from the Revolution to the Civil War, is a richly detailed, thought-provoking and compelling chronicle of the role fugitive slaves played in widening the gap between America’s two distinct societies. . . Andrew Delbanco, who is a Columbia University professor, has written an engaging and most valuable account of America’s original sin.” — Christian Science Monitor

“Provocative, sweeping study of America's original sin—slavery—in the late 18th and early 19th centuries… Essential background reading for anyone seeking to understand the history of the early republic and the Civil War.” — Kirkus, starred review

“Andrew Delbanco is one of our generation’s most gifted scholars and discerning, public intellectuals. In his astonishing new work, The War Before the War, he transforms the figure of the fugitive slave from the margins of American history to its dynamic center, demonstrating how their plight exposed the paradoxes in the soul of a nation torn between freedom and slavery, as it propelled to its greatest reckoning.  By rendering in such gripping detail that defining struggle of the 18th and 19th centuries, Delbanco reminds us of the stakes of moral testing in every generation, and how the agents of moral change often begin their journeys under the most desperate circumstances.  The result is not only a brilliant historical analysis; it is also a source of strength for the road ahead—a long, hard road that stretches back to the founding of our great Republic. This delightfully readable book is thronged with stories of heroes whose names may escape us, but whose flights from bondage helped to revolutionize the country we are called upon to defend today.”  –Henry Louis Gates Jr., director of the Hutchins Center for African and African-American Research at Harvard and author of Stony the Road

“The great value of Andrew Delbanco's interpretively edifying The War Before the War is in centering the cause of the great irrepressible conflict of 1860 in the many hearts-and-minds of otherwise indifferent, sympathetic, uncertain northern men and women who finally found enforced complicity in the South's 'peculiar institution' intolerable and a war for human ideals inescapable.” –David Levering Lewis, Pulitzer Prize-winning author of W. E. B. Du Bois: A Biography

“In The War Before the War, one of America’s most eloquent scholars draws readers into the compelling story of how the North-South struggle over runaway slaves prepared the way for the Civil War.  From the making of the Constitution to the bloodbath that began at Fort Sumter, Andrew Delbanco captures the experience of escaped slaves as they forced white Americans to confront the cruelties of slavery.  This is a political, legal, and above all, human, story with powerful resonance today.”—Dan Carter, author of Scottsboro: A Tragedy of the American South

“Timely, incisive, deeply researched, The War Before the War tells the vital story of fugitive slaves, whose courageous defiance forced the young nation to reckon with its primal horror. Delbanco’s swift-moving yet powerfully nuanced narrative offers insights into the institution of slavery and the political maneuvering that led up to the Civil War. This book is essential reading today, at a historical moment that demands unflinching reflection on founding truths.”--Elizabeth D. Samet, author of Soldier’s Heart and editor of the Annotated Memoirs of Ulysses S. Grant

“The War Before the War is a beautifully researched work of scholarship and one of the best examinations of the bleak, complex, macabre world of American slavery that I've read. Everything about the Peculiar Institution is here in vivid detail, but especially the crisis caused by a Fugitive Slave Act that tore this nation asunder. And if that were not enough, Andrew Delbanco makes us aware of how the past is painfully present today in our social, racial and political dilemmas that "rhyme" with those of our nineteenth century predecessors. This is a work every American needs to read.”—Charles Johnson, National Book Award-winning author of Middle Passage


“With a rare combination of in-depth historical research and an unmatched command of nineteenth-century American literature, Andrew Delbanco tells the story of the coming of the Civil War and emancipation.  He highlights the role of fugitive slaves in forcing the slavery issue onto the centerstage of politics, but manages to treat all the protagonists in the long struggle over human bondage with compassion and insight. The result is an original rendering of the nation's greatest crisis.”—Eric Foner, DeWitt Clinton Professor of History at Columbia University and Pulitzer Prize Winning author of Reconstruction and The Fiery Trial

“Wherever slavery existed, so did runaway slaves. Now Andrew Delbanco places those fugitives—and the laws that tried to stop them—at the center of the coming of the Civil War. In this surprising and dramatic history, we follow courageous slaves, outraged masters, righteous and self-righteous politicians, and agonized citizens, as they collide with the Constitution of the United States. Taking us to barbarous plantations and bustling city streets, into raucous courtrooms and the restive halls of Congress, Delbanco brilliantly reveals parallels with the humanitarian crises and cultural clashes of our own times.”—Martha Hodes, author of Mourning Lincoln
Read More 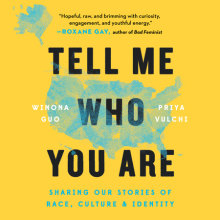 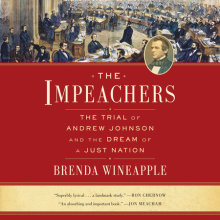 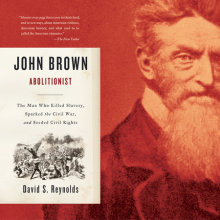