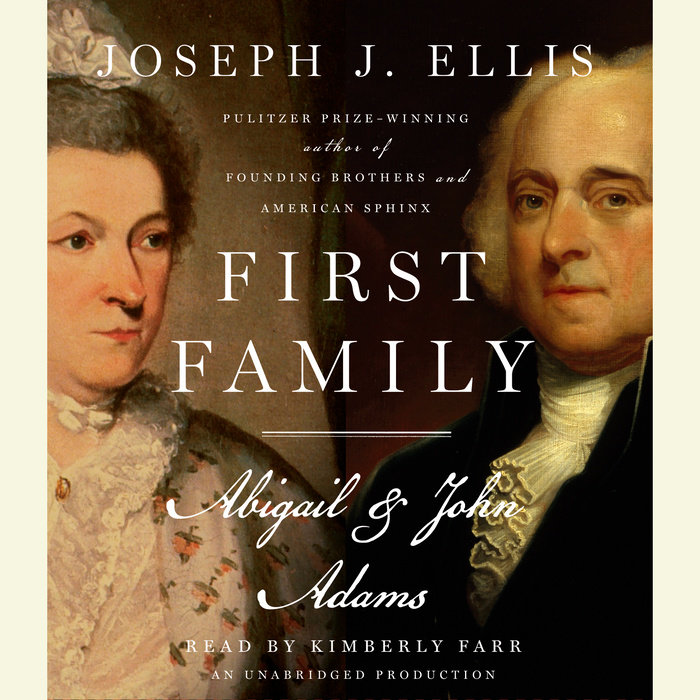 The Pulitzer Prize–winning, best-selling author of Founding Brothers and His Excellency brings America’s preeminent first couple to life in a moving and illuminating narrative that sweeps through the American Revolution and the republic’s tenuous early years.
John and Abigail Adams left an indelible and remarkably preserved portrait of their lives together in their personal correspondence: both Adamses were prolific letter writers (although John conceded that Abigail was clearly the more gifted of the two), and over the years they exchanged more than twelve hundred letters. Joseph J. Ellis distills this unprecedented and unsurpassed record to give us an account both intimate and panoramic; part biography, part political history, and part love story.

Ellis describes the first meeting between the two as inauspicious—John was twenty-four, Abigail just fifteen, and each was entirely unimpressed with the other. But they soon began a passionate correspondence that resulted in their marriage five years later.

Over the next decades, the couple were separated nearly as much as they were together. John’s political career took him first to Philadelphia, where he became the boldest advocate for the measures that would lead to the Declaration of Independence. Yet in order to attend the Second Continental Congress, he left his wife and children in the middle of the war zone that had by then engulfed Massachusetts. Later he was sent to Paris, where he served as a minister to the court of France alongside Benjamin Franklin. These years apart stressed the Adamses’ union almost beyond what it could bear: Abigail grew lonely, while the Adams children suffered from their father’s absence.

John was elected the nation’s first vice president, but by the time of his reelection, Abigail’s health prevented her from joining him in Philadelphia, the interim capital. She no doubt had further reservations about moving to the swamp on the Potomac when John became president, although this time he persuaded her. President Adams inherited a weak and bitterly divided country from George Washington. The political situation was perilous at best, and he needed his closest advisor by his side: “I can do nothing,” John told Abigail after his election, “without you.”

In Ellis’s rich and striking new history, John and Abigail’s relationship unfolds in the context of America’s birth as a nation.


From the Hardcover edition.
Read More
“Written with the grace and style one expects from the author of the Pulitzer Prize-winning Founding Brothers . . . John Adams could not have a better biographer.”
—Annette Gordon-Reed, The Los Angeles Times

“Ellis’s strength is his ability to portray historical icons as real human beings, and his talent remains sharp . . . Ellis has made himself into a sort of bard of our early Republic, and [First Family] is a fitting addition to his repertoire.”
—Anne Bartlett, Miami Herald

“Ellis is that rare professional historian who can eloquently convey both information and insight with remarkable clarity . . . [he] has once again given us a consistently engaging dual biography and love story as well as an insightful exploration of early American history.”
—Roger Bishop, Bookpage

“First Family invites you into a sustaining marriage that survives revolution, personal tragedies and the vicious politics of the moment. In this election year, it’s valuable reading.”
—Peter M. Gianotti, Newsday

“The author’s beautiful writing draws the reader wholly into this relationship, bringing new perspective to the historical importance of this enduring love story. An impeccable account of the politics, civics and devotion behind the Adams marriage.”
—Kirkus Reviews (starred review)

“In addition to looking at the strengths of the Adams’ marriage, the book examines the toll taken by their years apart and the misfortunes in the lives of all their children except John Quincy. Ellis has produced a very readable history of the nation’s founding as lived by these two.”—Mary Ellen Quinn, Booklist

“Ellis’s supple prose and keen psychological insight give a vivid sense of the human drama behind history’s upheavals.” — Publishers Weekly 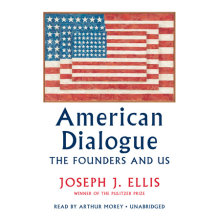 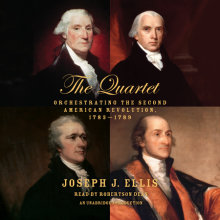