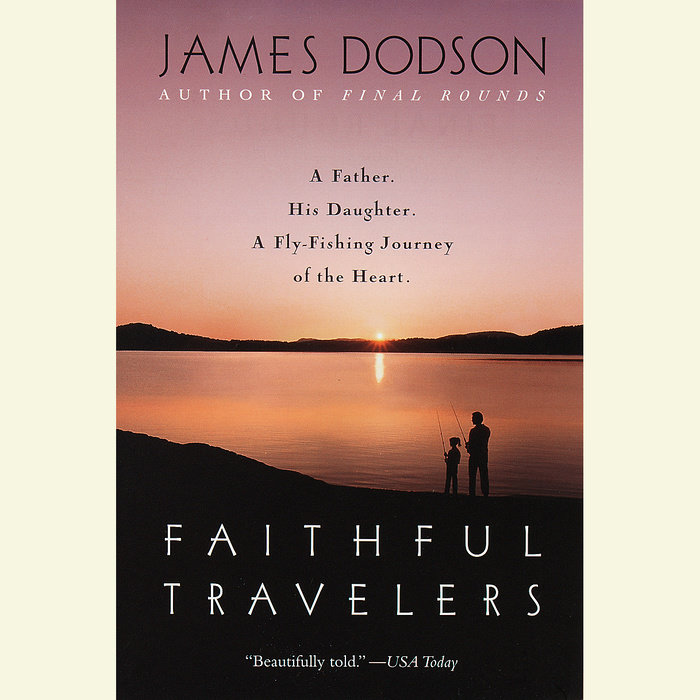 In Final Rounds, James Dodson told the poignant story of the golf trip of a lifetime with his terminally ill father. Now, armed with a fly-fishing rod and reel, he embarks with his seven-year-old daughter on an equally memorable journey across America in search of clear-running streams, swift elusive fish, and the eternal truths that only nature can provide.

It has been said that life is what happens while you're waiting to go fishing. Only weeks after his eleven-year marriage abruptly ended in an amicable divorce, James Dodson decided to go on a fly-fishing pilgrimage west. His goal: to heal his wounded spirit and explain as best he could the vagaries of life and love to his beautiful, precocious seven-year-old daughter, Maggie.

With his beat-up truck, Old Blue, and his aging retriever, Amos, Dodson and Maggie travel without plans or reservations, following where the spirit--and the lure of America's mighty rivers--leads them, on their way to one of America's grandest treasures: Yellowstone National Park. On the way, Dodson discovers a great deal about fishing, about America, and about the special relationship that exists only between a father and daughter.

They travel from the Adirondacks, once a fly-angler's haven, to the mist-shrouded Niagara Falls. From the Michigan lakes where Ernest Hemingway roamed as a boy to small-town county fairs. From the majesty of Mount Rushmore to the mysticism of Harney's Peak, where Black Elk had his legendary visions, to finally the fly-fisherman's paradise of the San Juan River. Together father and daughter are bound by a tie as resilient and unpredictable as a fly-fisherman's line. For as the emotional waters in which they fish become ever more turbulent, Maggie's unspoken feelings of grief, anger, and blame begin to surface--a depth of hurt that forces Dodson to face his own unacknowledged pain and, worse, leaves him feeling helpless to make everything all right in his daughter's life again.

Yet if fly-fishing has taught James Dodson anything, it is the rewards of patience, of following the wisdom of the course of the stream, the unexpected revelations reflected in still pools, and, of course, an abiding belief in plain dumb luck. With a little of each, these faithful travelers will find their way home again.


From the Hardcover edition.
Read More
Praise for Faithful Travelers:

"James Dodson's Faithful Travelers is a journey of self-discovery...A brilliantly written book by one of America's most gifted writers."
--Terry Kay, author of The Runaway

"James Dodson has written what every woman who loves her father has been waiting for, and what every father who loves his little girl needs: the perfect daddy-daughter love story."
--Jessica Maxwell, author of I Don't Know Why I Swallowed the Fly

"Faithful Travelers is a fly-fishing journey made immensely memorable by its wise and vibrant sojourners."
--Nick Lyons, author of A Flyfisher's World

"A beautiful, deeply moving tribute to the love between father and son."
--Michael Murphy, author of Golf in the Kingdom

"I have never liked golf or understood the people who play it. Now I have an abiding respect for both, just as I understood fly-fishing and fly-fishermen after reading A River Runs Through It."
--Atlanta Magazine

An Alternate Selection of The Literary Guild