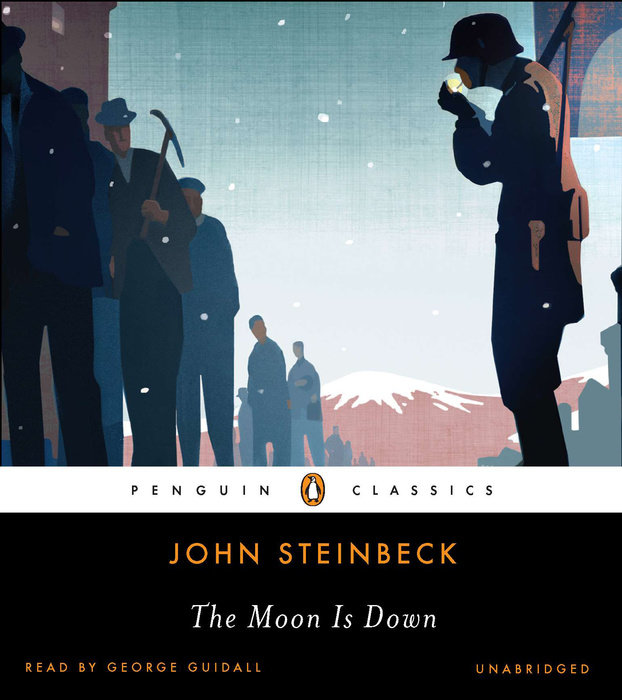 Occupied by enemy troops, a small, peaceable town comes face-to-face with evil imposed from the outside--and betrayal born within the close-knit community. Originally published at the zenith of Nazi Germanyâ's power, this masterful fable uncovers profound, often unsettling truths about war--and about human nature. Steinbeck's self-described "celebration of the durability of democracy"ť had an extraordinary impact as Allied propaganda in Nazi-occupied Europe. Despite Axis efforts to suppress it (in Fascist Italy, mere possession of the book was punishable by death), The Moon Is Down was secretly translated into French, Norwegian, Danish, Dutch, Swedish, German, Italian, and Russian; hundreds of thousands of copies circulated throughout Europe, making it by far the most popular piece of propaganda under the occupation. Few literary works of our time have demonstrated so triumphantly the power of ideas in the face of cold steel and brute force.
Read More
By the Winner of the Nobel Prize in Literature

John Steinbeck knew and understood America and Americans better than any other writer of the twentieth century. (The Dallas Morning News) A man whose work was equal to the vast social themes that drove him. (Don DeLillo)"
Read More