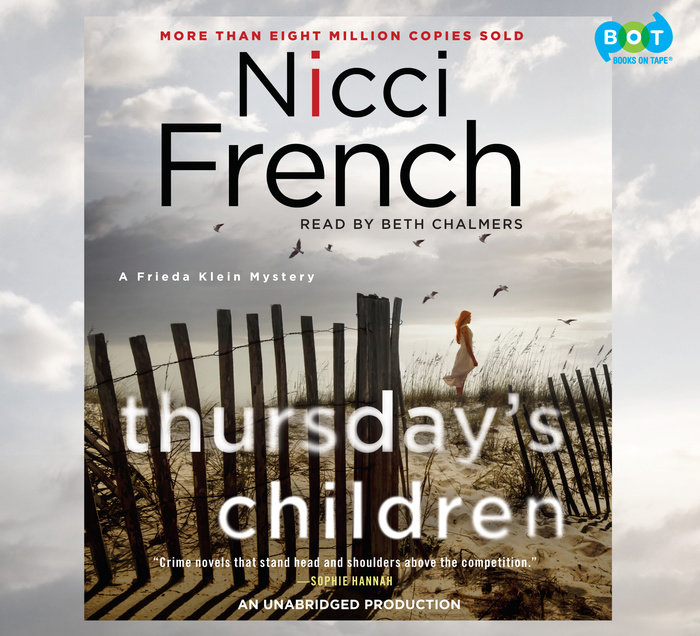 Frieda Klein is uninterested in catching up on old times when her former classmate, Maddie Capel, shows up at her door—until she hears about Maddie’s troubled daughter, Becky. The teenager claims she was raped in her own bed one night while her mother was downstairs. Her assailant left her with a warning: “Don’t think of telling anyone, sweetheart. Nobody will believe you.” And no one does—except Frieda.

Becky’s story awakens dark memories of an eerily similar incident in Frieda’s own past that she’s been avoiding for decades. When Becky is found hanging from a beam in her bedroom, Frieda returns home, seeking out her old high school friends to ask what they remember about the night that prompted Frieda to leave town for good. But confronting the ghosts of the past turns out to be more dangerous than she ever expected.
Read More
Praise for THURSDAY'S CHILDREN:

“You'll ache for Frieda as she tears open old wounds and cheer when she finally shows signs of healing from her lacerations.”—Kirkus Reviews (starred review)

Praise for books in the Frieda Klein Mystery Series:

"Complex and flawed, Frieda Klein is a refreshingly human protagonist, an intriguing debut for a truly unique character."--Tami Hoag, bestselling author of Down the Darkest Road

"A neat puzzle with a satisfying resolution and a terrific twist at the end."--The New York Times Book Review

"Fast-paced and spooky...it leaves readers with the promise of intriguing tales to come."--People (starred review)