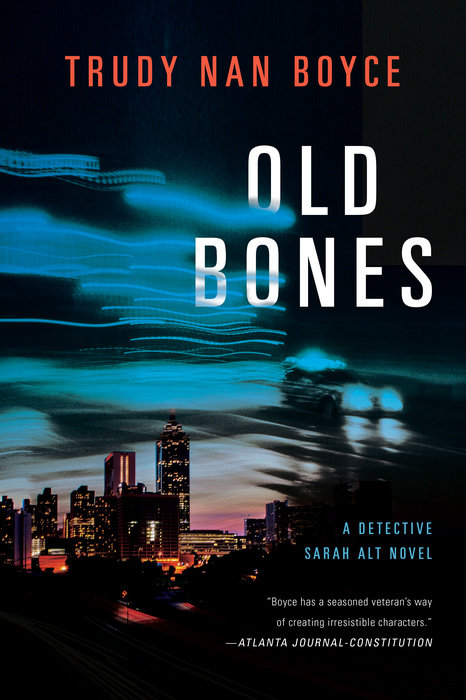 A timely and penetrating mystery about the intersection of policing, racism, and the community—set in a city at its boiling point—from an author who’s been in the trenches and seen it all.

A senseless act of violence.

During a vigil calling for police reform, students from Spelman College, a historically black women’s institution, are assaulted by rifle fire from a passing vehicle. On her way to interview witnesses, Detective Sarah “Salt” Alt confronts the fleeing vehicle of the suspects, but they get away.

A city in turmoil.

While other detectives take the lead on the Spelman murders, Salt is tasked to investigate the case of a recently discovered decomposed body. When she combs through the missing-persons reports, it becomes clear the victim is a girl Salt took into custody two years before, and Salt feels a grave responsibility to learn the truth about how the girl died. But before she can pursue any leads, Salt is called onto emergency riot detail—in the wake of the assault on the Spelman students, Atlanta has reached the boiling point.

In a city burdened by history and a community erupting in pain and anger, Salt must delve into the past for answers. A gripping and astute story about what it means to serve and protect, Old Bones solidifies Trudy Nan Boyce as an evocative, authoritative voice in crime fiction.
Read More
Praise for Old Bones

“[Another] thrill-ride of a novel from Trudy Nan Boyce.”—Atlanta Journal-Constitution

“Old Bones is an engaging police procedural with authentic characters, voice and action; it is also a rich literary work delving into racism and law enforcement relationships with the public. Boyce's history in the Atlanta Police Department provides an astute perspective that makes this novel so much more than a bad-guys-versus-good-guys showdown. She reaches deep into the heart of her subject and acknowledges, ‘The incidents had their roots in slavery, Jim Crow, and the legacies of poverty and systemic racism.’ Dark, haunting and disturbingly reflective of the world Boyce lives in, Old Bones is astounding.”—Shelf Awareness (starred review)

“Timely . . . Boyce, who was an Atlanta cop for 30 years before turning to writing, captures the roiling tension of a city in turmoil. Alt, for all her power as a detective with an admirable moral compass, can only do so much toward fixing such systemic injuries. In addition to being a fast-paced crime story with an empathetic, feisty lead, Boyce’s latest also offers a ­meditation on ­violence and institutional racism.”—Library Journal

“Boyce lunges at the caldron of Atlanta racial/sexual/institutional politics as if she can't wait to tear the lid off. Readers prepared for the deep dive will find themselves enlightened, sobered, and maybe even cautiously uplifted by the heroine's reckless courage.”—Kirkus Reviews

Praise for the Detective Salt novels by Trudy Nan Boyce

“What’s this? A female cop who doesn't look like a runway model and doesn't go mano a mano with psychotic killers?  Trudy Nan Boyce may be a first-time author, but she was in law enforcement for more than 30 years, which should explain why the stationhouse personnel and forensic details in Out of the Blues feel so authentic.”—Marilyn Stasio, The New York Times Book Review

“Exceptional . . . I figured authenticity would thrum from the dialogue, reality would pulse from the plot and the blues would be the narrative’s soundtrack. I was correct on all counts.”—Milwaukee Journal-Sentinel

“Boyce has a seasoned veteran’s way of creating irresistible characters . . . Out of the Blues is filled with authentic details about police work.”—Atlanta Journal-Constitution

“Out of the Blues introduces an appealing character, Detective Sarah Alt [“Salt”] . . . Atlanta locales and history are a recurring element in the narrative and a pleasant feature of the book [and] Boyce describes these places with colorful clarity. . . Salt’s next sleuthing adventure should be much anticipated.”—Associated Press

“Boyce was a beat cop, homicide detective, hostage negotiator and lieutenant in Atlanta before retiring in 2008. She knows policing. She writes with intensity and flair and wit. This combination has resulted in an irresistible procedural with a winning protagonist. And the bonus, the lagniappe, is the seductive way Boyce writes about music, particularly the blues.”—Shelf Awareness

“A fresh, gritty debut.   Boyce unveils one of the best new series characters in ages, an Atlanta detective with a haunting past but complete dedication to working the streets.  A book that combines fast-paced suspense with moving insights.”—#1 New York Times-bestselling author Lisa Gardner
Read More 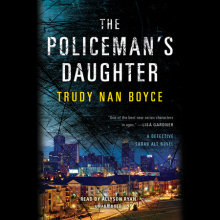 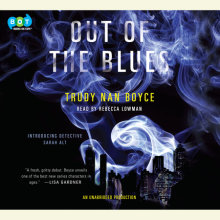