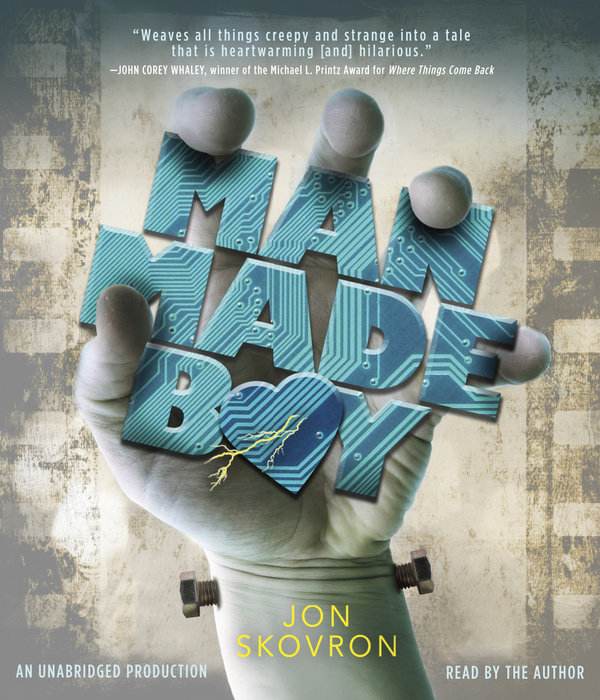 Love can be a real monster.

Sixteen-year-old Boy’s never left home.  When you’re the son of Frankenstein’s monster and the Bride, it’s tough to go out in public, unless you want to draw the attention of a torch-wielding mob.  And since Boy and his family live in a secret enclave of monsters hidden under Times Square, it’s important they maintain a low profile.

Boy’s only interactions with the world are through the Internet, where he’s a hacker extraordinaire who can hide his hulking body and stitched-together face behind a layer of code.  When conflict erupts at home, Boy runs away and embarks on a cross-country road trip with the granddaughters of Jekyll and Hyde, who introduce him to malls and diners, love and heartbreak. But no matter how far Boy runs, he can’t escape his demons—both literal and figurative—until he faces his family once more.

This hilarious, romantic, and wildly imaginative tale redefines what it means to be a monster—and a man.
Read More
Praise for MAN MADE BOY by Jon Skovron:

“Man Made Boy is monstrously fun.  Skovron weaves all things creepy and strange into a tale that is heartwarming, hilarious, and full of memorable characters. You won't be able to put this one down!” —John Corey Whaley, winner of the Michael L. Printz Award for Where Things Come Back

“A remarkable mash-up of Old World myth and post-modern techno-geek, Man Made Boy is one of the most original and compelling tales I’ve encountered. Evocative and utterly engrossing, Skovron has mastered the beauty, tragedy, and hilarity of the fine line between monsters and men. Read this book and marvel at his creation.” —Andrea Cremer, bestselling author of the Nightshade series

“This book has heart, brains, and everything else a book (or a monster or a reader) needs. Love monsters? If you do, Jon Skovron’s Man Made Boy is for you. If you don’t, why not?” —Kelly Link, award-winning author of Magic for Beginners

" [a] tumultuous tale of attachment and growth..."  —Publishers Weekly

"Boy is a guy to whom plenty of teens will relate, and they’ll be pleased to discover that the big wide world has a place for just about everyone and every monster." —BCCB
Read More 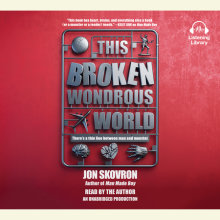 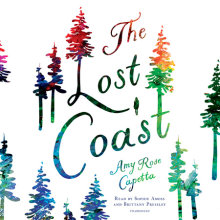 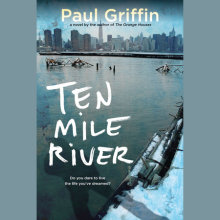 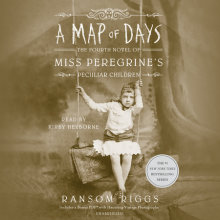