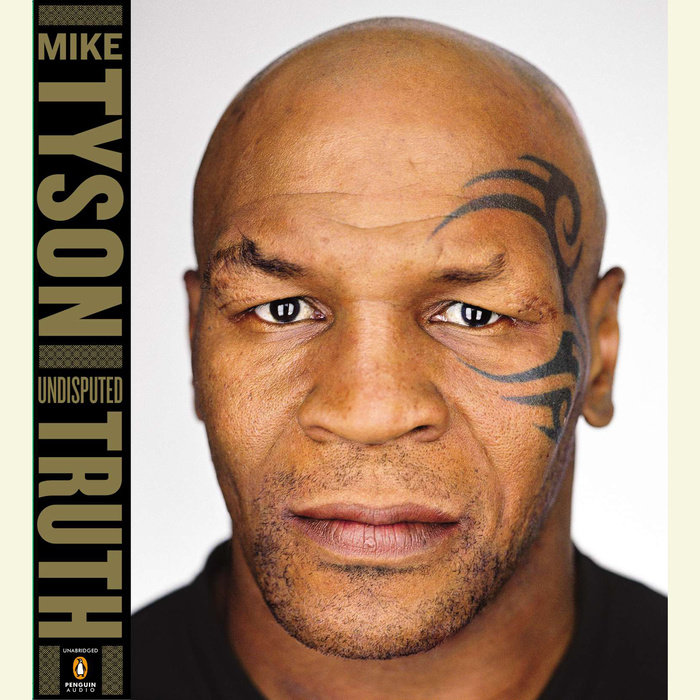 A bare-knuckled, tell-all memoir from Mike Tyson, the onetime heavyweight champion of the world—and a legend both in and out of the ring.

Philosopher, Broadway headliner, fighter, felon—Mike Tyson has defied stereotypes, expectations, and a lot of conventional wisdom during his three decades in the public eye. Bullied as a boy in the toughest, poorest neighborhood in Brooklyn, Tyson grew up to become one of the most thrilling and ferocious boxers of all time—and the youngest heavyweight champion ever. But his brilliance in the ring was often compromised by reckless behavior. Years of hard partying, violent fights, and criminal proceedings took their toll: by 2003, Tyson had hit rock bottom, a convicted felon, completely broke, the punch line to a thousand bad late-night jokes. Yet he fought his way back; the man who once admitted being addicted “to everything” regained his success, his dignity, and the love of his family. With a triumphant one-man stage show, his unforgettable performances in the Hangover films, and his newfound happiness and stability as a father and husband, Tyson’s story is an inspiring American original.
Brutally honest, raw, and often hilarious, Tyson chronicles his tumultuous highs and lows in the same sincere, straightforward manner we have come to expect from this legendary athlete. A singular journey from Brooklyn’s ghettos to worldwide fame to notoriety, and, finally, to a tranquil wisdom, Undisputed Truth is not only a great sports memoir but an autobiography for the ages.
Read More
Praise for UNDISPUTED TRUTH

“A masterpiece … grimly tragic on one page, laugh-out-loud funny on the next, and unrelentingly vulgar and foul-mouthed. Reading Tyson's memoir is like watching a Charles Dickens street urchin grow up to join Hunter S. Thompson on a narcotics-filled road trip — with the ensuing antics captured on video by assorted paparazzi.” –Hector Tobar, Los Angeles Times

“Undisputed Truth is raw, powerful and disturbing—a head-spinning take on Mr. Tyson's life…Unlike other sports memoirists, he doesn't pull punches, offering up slashing comments on people who were once close to him. His narrative reminds us of just how far he has come from his rough beginnings, and, in a way, how close he remains to them. He had a punch like a thunderbolt from Zeus, but there have been a lot of big bangers in boxing; Mike Tyson's came with a pulsating story line like few others.” --Gordon Marino, Wall Street Journal

“Parts of [Undisputed Truth] read like a real-life Tarantino movie. Parts read like a Tom Wolfe-ian tour of wildly divergent worlds: from the slums of Brooklyn to the high life in Las Vegas to the isolation of prison…. Mr. Tyson’s idiosyncratic voice comes through clearly on the page here — not just his mix of profane street talk and 12-step recovery language, cinematic descriptions of individual fights and philosophical musings, but also his biting humor and fondness for literary and historical references that run the gamut from Alexandre Dumas to Tolstoy to Lenin to Tennessee Williams…. A genuine effort by a troubled soul to gain some understanding of the long, strange journey that has been his life.” –Michiko Kakutani, The New York Times

“A hefty autobiography that might be the most soul baring book of its genre ever written … a fascinating look into a life that up until now had already been well chronicled … It’s raw and profane … but it is also quite funny.”—Associated Press

“Undisputed Truth, which is, without a doubt, one of the grittiest and most harrowing memoirs I’ve ever read.” –Flavorwire

“Most readers are familiar with [Tyson’s] tumultuous life and career—the bizarre behavior in the ring, the sordid behavior out of it—but what’s most surprising about the book is the introspection and self-awareness displayed … it’s raw and profane but also smart and witty … A fascinating and frequently surprising autobiography.”—Booklist
“Undisputed Truth, is the American dream writ large in raw detail: think Citizen Kane scripted by the writing team of The Wire…. [it] has a great American novel feel to it… Tyson could easily be a Tom Wolfe or Norman Mailer creation.” –Austin Collings, New Statesman

“Tyson was ever practised at delivering the early killer blow; and so it is with this gripping and indecently enthralling autobiography….Tyson always had a way with words – although much of the credit for this book must go to his ghostwriter Larry “Ratso” Sloman, who not only makes Tyson’s life read like an Elmore Leonard thriller, but gifts him with considerable self-awareness and a memorably pithy turn of phrase….recounted in gripping, punch-by-punch detail in prose pungent with the reek of blood, sweat and petroleum jelly.” –Mick Brown, The Telegraph (UK)

“Thrilling…addictive…Sloman brings Tyson's voice springing off the page with its often hilarious combo of street and shrink, pimp profanity and the ‘prisony pseudo-intellectual modern mack rap’ of the autodidact.” –Geoff Dyer, The Guardian (UK)
Read More 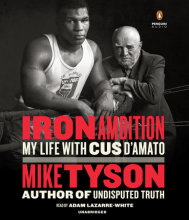