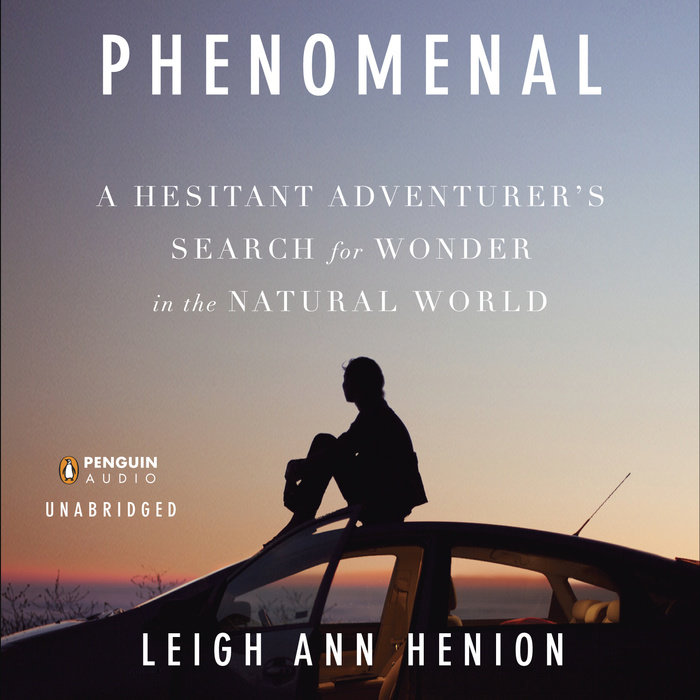 Heartfelt and awe inspiring, Leigh Ann Henion’s Phenomenal is a moving tale of physical grandeur and emotional transformation, a journey around the world that ultimately explores the depths of the human heart. A journalist and young mother, Henion combines her own conflicted but joyful experiences as a parent with a panoramic tour of the world’s most extraordinary natural wonders.

Phenomenal begins in hardship: with Henion deeply shaken by the birth of her beloved son, shocked at the adversity a young mother faces with a newborn. The lack of sleep, the shrinking social circle, the health difficulties, all collide and force Henion to ask hard questions about our accepted wisdom on parenting and the lives of women.Convinced that the greatest key to happiness—both her own and that of her family—lies in periodically allowing herself to venture into the wider world beyond home, Henion sets out on a global trek to rekindle her sense of wonder.

Henion’s quest takes her far afield, but it swiftly teaches her that freedom is its own form of parenting, one that ultimately allows her to meet her son on his own terms: with a visceral understanding of the wonder he experiences every day at the fresh new world. Whether standing on the still-burning volcanoes of Hawai’i or in the fearsome lightning storms of Venezuela, in the vast animal movements of Tanzania or the elegant butterfly migrations of Mexico, Henion reveals in Phenomenal a world of sublimity and revelation.

Henion’s spiritual wanderlust puts her in the path of modern-day shamans, reindeer herders, and astrophysicists. She meets laypeople from all over the world, from all walks of life, each going to great lengths to chase migrations, auroras, eclipses, and other phenomena. These seekers trust their instincts, follow their passions, shape their days into the lives they most want to lead. And somewhere along the way, Leigh Ann Henion becomes one of them.

Oprah.com
"Part travel memoir, part parenting manifesto and part inquiry into those 'fleeting, extraordinary glimpses of something that left us groping for rational explanations in the quicksand of all-encompassing wonder.'"

Backpacker
"Henion... takes readers around the world in her lovely, lyrical memoir."

Literary Mama
"Henion pursues her quest with great integrity, and in turn, the reader does too, as we begin to see...the true inherent wonder in her world—and in ours."

BookPage
"Leigh Ann Henion's Phenomenal: A Hesitant Adventuer's Search for Wonder in the Natural World is an inspiring nonfiction narrative about exploration and identity...It's a fascinating journey, and Henion chronicles it with the heart and eye of an artist. This delightful hybrid of a book blends memoir, history, and philosophy into a modern meditation on motherhood and the quest for a fulfilled life."

Elizabeth Gilbert, author of The Signature of All Things and Eat, Pray, Love
“What a cool and fascinating ride. Leigh Ann Henion has tackled one of the great questions of contemporary, intelligent, adventurous women: Is it possible to be a wife and mother and still explore the world? Her answer seems to be that this is not only possible, but essential. This story shows how. I think it will open doors for many.”

Jenny Offill, author of Dept. of Speculation
"A moving and original memoir about the search for transcendence in moments both large and small."

Ruth Ozeki , author of A Tale for the Time Being
“Leigh Ann Henion’s exhilarating book (and life!) is everything the title suggests and more. Reading Phenomenal will give you courage—courage to explore the world we live in, and further, courage to explore your self. With moments of breath-stealing beauty, wild intelligence, and unrelenting honesty, Phenomenal is a true gift for everyone who’s ever been curious.”