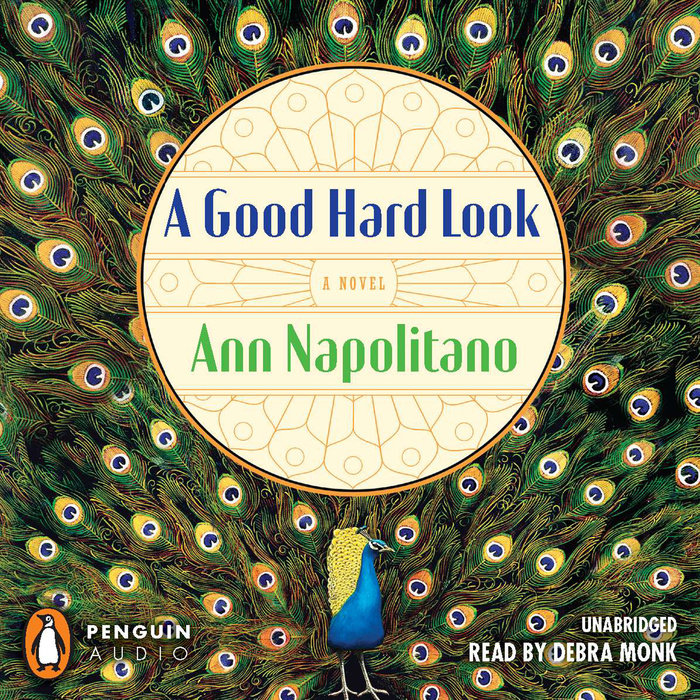 In Flannery O'Connor's hometown of Milledgeville, Georgia, reckless relationships lead to a tragedy that forever alters the town and the author herself.Crippled by lupus at twenty-five, celebrated author Flannery O'Connor was forced to leave New York City and return home to Andalusia, her family farm in Milledgeville, Georgia. Years later, as Flannery is finishing a novel and tending to her menagerie of peacocks, her mother drags her to the wedding of a family friend.Cookie Himmel embodies every facet of Southern womanhood that Flannery lacks: she is revered for her beauty and grace; she is at the helm of every ladies' organization in town; and she has returned from her time in Manhattan with a rich fiancÃ©, Melvin Whiteson. Melvin has come to Milledgeville to begin a new chapter in his life, but it is not until he meets Flannery that he starts to take a good hard look at the choices he has made. Despite the limitations of her disease, Flannery seems to be more alive than other people, and Melvin is drawn to her like a moth to a candle flame.Melvin is not the only person in Milledgeville who starts to feel that life is passing him by. Lona Waters, the dutiful wife of a local policeman, is hired by Cookie to help create a perfect home. As Lona spends her days sewing curtains, she is given an opportunity to remember what it feels like to be truly alive, and she seizes it with both hands.Heartbreakingly beautiful and inescapably human, these ordinary and extraordinary people chart their own courses through life. In the aftermath of one tragic afternoon, they are all forced to look at themselves and face up to Flannery's observation that "the truth does not change according to our ability to stomach it."
Read More
“In A Good Hard Look, Ann Napolitano creates a fictional version of the life of the acclaimed southern writer that is as vibrantly colorful as the peacocks raised on the O’Connor family farm in Milledgeville, Georgia…Napolitano makes no attempt to mimic O’Connor’s singular style, but she does succeed in creating a wholly believable world shaped by duty, small pleasures, and fateful choices.” — O Magazine

“Napolitano’s protagonist is a marvelously outspoken, uncompromising force who becomes the impetus for several fictional Milledgeville residents to reassess and radically alter their lives…[Napolitano] has spun an absorbing, old-fashioned tale about how, as in Flannery O’Connor’s stories, ‘Grace changes a person….And change is painful.’” — The Washington Post

“To brand this a quaint period piece…would be doing Napolitano’s evocative tale of friendship and community a disservice.” — Entertainment Weekly

“Ann Napolitano’s novel, A Good Hard Look, with O’Connor occupying a central role, does the Georgia author proud. Be prepared to like this book. It’s complicated and peacock-haunted and strange…’ Does one’s integrity ever lie in what he’s unable to do?’ O’Connor once asked. At the heart of Napolitano’s brave book lies that question: the mysteries of freedom, its price, and the unmarked paths we take to get there.” — Atlanta Journal

“From almost the first page, this novel seemed real. I could feel, somehow, the characters’ seemingly pre-ordained retreat from grace as a deceptively simple plot unfolded in Milledgeville, Ga., where O’Connor returned to live out her final days in the early 1950s…. This narrative is a great story, almost light at times, often very funny—but always with the knowledge that this propped-up happiness too shall end…. there will be survivors, and they will find a touch more grace in their lives. What is less obvious is that Napolitano will somehow make you one of those survivors thinking about your own rocky road to redemption.” — Jackson Free Press

“The fact that an at-her-prime, seriously ill Flannery O’Connor is one of its main characters, while it might have overwhelmed a lesser novel, doesn’t drown this one; Napolitano doesn’t seek to emulate O’Connor’s style (other than by being, also, pointedly southern), but crafts, though characters (stunt-cast or no) her own powerful argument for living honestly…muggy, deeply enthralling, and worth a read.” — Booklist

“Napolitano doesn’t attempt to mimic Flannery O’Connor’s writing style, turning instead to her own lyric take on the human condition. She’s not written a biography of Flannery, though the character is well rooted in research….While [Flannery's] interaction is key to the story, she is a catalyst. One cannot imagine the novel without her, but she is just one in a cast of fully fleshed- out and entrancing characters.”

“Ann Napolitano’s second novel, A Good Hard Look, is haunted by those peacocks and by O’Connor herself. Though Napolitano doesn’t try to write like O’Connor — her gentle, quietly elegant prose is worlds away from the powerful, often devastatingly harsh Southern Gothic world in which O’Connor dwelled — her book nonetheless emerges as a graceful tribute, not only to a writer, but to a time and place.” — Seattle Times
Read More 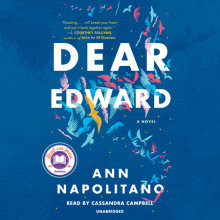