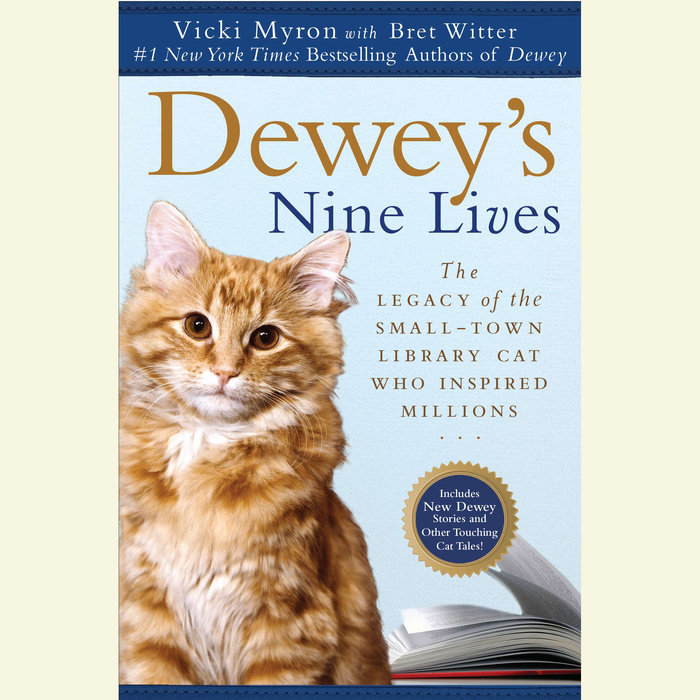 Dewey: The Small-Town Library Cat Who Touched the World was a blockbuster bestseller and a publishing phenomenon. It has sold nearly a million copies, spawned three children's books, and will be the basis for an upcoming movie. No doubt about it, Dewey has created a community. Dewey touched readers everywhere, who realized that no matter how difficult their lives might seem, or how ordinary their talents, they can-and should-make a positive difference to those around them. Now, Dewey is back, with even more heartwarming moments and life lessons to share.

The amazing felines in this book include Dewey, of course, whose further never-before-told adventures are shared, and several others who Vicki found out about when their owners reached out to her. Vicki learned, through extensive interviews and story sharing, what made these cats special, and how they fit into Dewey's community of perseverance and love. From a divorced mother in Alaska who saved a drowning kitten on Christmas Eve to a troubled Vietnam veteran whose heart was opened by his long relationship with a rescued cat, these Dewey-style stories will inspire readers to laugh, cry, care, and, most importantly, believe in the magic of animals to touch individual lives.