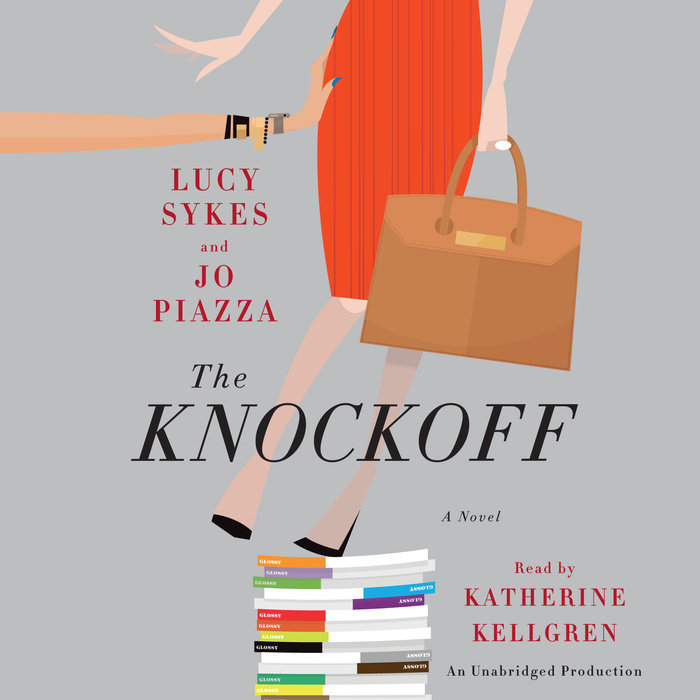 An outrageously stylish, wickedly funny novel of fashion in the digital age, The Knockoff is the story of Imogen Tate, editor in chief of Glossy magazine, who finds her twentysomething former assistant Eve Morton plotting to knock Imogen off her pedestal, take over her job, and reduce the magazine, famous for its lavish 768-page September issue, into an app.

When Imogen returns to work at Glossy after six months away, she can barely recognize her own magazine. Eve, fresh out of Harvard Business School, has fired “the gray hairs,” put the managing editor in a supply closet, stopped using the landlines, and hired a bevy of manicured and questionably attired underlings who text and tweet their way through meetings. Imogen, darling of the fashion world, may have Alexander Wang and Diane von Furstenberg on speed dial, but she can’t tell Facebook from Foursquare and once got her iPhone stuck in Japanese for two days. Under Eve’s reign, Glossy is rapidly becoming a digital sweatshop—hackathons rage all night, girls who sleep get fired, and “fun” means mandatory, company-wide coordinated dances to Beyoncé. Wildly out of her depth, Imogen faces a choice—pack up her Smythson notebooks and quit, or channel her inner geek and take on Eve to save both the magazine and her career. A glittering, uproarious, sharply drawn story filled with thinly veiled fashion personalities, The Knockoff is an insider’s look at the ever-changing world of fashion and a fabulous romp for our Internet-addicted age.


From the Hardcover edition.
Read More
Praise for Lucy Sykes and Jo Piazza’s The Knockoff:

“The Knockoff by Lucy Sykes and Jo Piazza . . . describes the frantic process of taking a Vogue-like magazine from paper to app. . . [A] fizzy, girly, nicely executed bit of escapism. . . Has fun manipulating the generation gap facing Imogen. When she left, she was Queen. When she comes back, she’s lost her front-row Fashion week seat to a—What? What are these?—fashion blogger! Naturally, Imogen regrows her claws. And the book does its share of meowing about the entitled young women who now flood the magazine offices, living large because they still live rent-free at their parents’ apartments.”


"This novel pits over-confident millennials against technologically incompetent Gen X'ers and adds fashion, drama and a pinch of humor to make for a soon-to-be classic, forever wedged between your copy of The Devil Wears Prada and Grace Coddington's memoir. Thank us later."

“The summer’s bitchiest beach read… The Knockoff, a snarky chick-lit novel about the changing landscape of fashion in the digital age that’s found a place beside beach chairs, from Montauk to the Vineyard, this summer has struck a chord for those familiar with that world… A spin on the classic hero-villain plotline … relatable to both the tech savvy and the tech wary.” –VanityFair.com

“The ONLY Beach Read You Should Be Seen With This Summer: The Knockoff [is] a juicier version of The Devil Wears Prada meets Silicon Valley. Trust us—you won’t be able to put it down. . . Fashion insiders will enjoy trying to figure out exactly who the real-life inspirations are for some of characters, but regardless of your industry, you will relate to Imogen's plight of trying to stay current in a constantly changing (and always open for business) digital world . . . This book is a prescription for how to stay relevant without forsaking your integrity—as cautionary tale for how to adapt in this rapidly changing world of technology. . . Sykes and Piazza cleverly satirize this recent marriage of the fashion and tech industries, and have managed to craft a strong plot.”


"A behind-the-scenes send-up of the fashion industry and all the craziness that ensues. This year's The Devil Wears Prada."
–Vanity Fair


“It’s The Devil Wears Prada meets All About Eve—complete with a former boss who’s a warmer, fuzzier version of Prada’s Miranda Priestly. Fast-paced and filled with sartorial wisdom, this debut from journalists Sykes and Piazza is a fun, often funny take on life in the sharp-elbowed world of fashion magazines.”

–Book of the Week, People


“Next time you’re thinking of diving into a Scandal marathon, consider picking up The Knockoff instead: Lucy Sykes and Jo Piazza’s rollicking, fashion-industry-centric novel is just as sleek and satisfying as Olivia Pope’s Gucci-stocked wardrobe. Sykes, who was the fashion director at Marie Claire magazine, and Piazza, a journalist and editor, offer an insider’s look at the rapidly-changing, constantly-buzzing insanity of today’s plugged-in fashion world. Don’t cast this off as fluff: true, it’s glossy and catty and shamelessly satirical, but The Knockoff remains reverent to the fashion industry, paying homage to the brilliant designers and editors and — let’s face it — bloggers and street style stars who are today’s real tastemakers.”

“One of the most talked about reads of summer, The Knockoff hits a delicious nerve with fashionistas and feminists alike, and is a must read for anyone climbing New York’s digital power pyramids . . . Get yourself a copy of The Knockoff and find a beach or rooftop to enjoy it on ASAP.”


“Drink prosecco while reading. Light and bubbly, just like the book. It's Silicon Valley meets The Devil Wears Prada, and a great read for the beach. Imagine if a young Vogue employee wanted to overthrow Anna Wintour, and turn the magazine into just an app. Warning: you will laugh out loud, so read in public at your own risk.”

“There’s nothing better than a fun, guilty pleasure you can’t put down or a book that keeps you planted in your beach chair until the sunlight fails and you rush home to keep reading under the porch light. Sykes and Piazza present the character of veteran fashion magazine editor Imogen Tate, who battles to save her career against her former assistant, a twenty-something who is trying to shrink the September issue into an app. You’re hooked already, right?”


“Not since The Devil Wears Prada has the fashion world been so abuzz about a novel! Lucy Sykes’ and Jo Piazza’s The Knockoff, a romp about a fashion magazine editor who must learn to master social media or be All About Eve-d out of her job, counts Zac Posen among its many fans, as insiders play who’s who with its thinly veiled characters.”


“The Knockoff, by Lucy Sykes and Jo Piazza, tells the dishy tale of an assistant at a fashion magazine who gets too big for her britches and takes over. By transforming the chic glossy mag they work at into a digital app, the fashionista confuses popularity on social media with success — until the editor-in-chief shows up. Stacy London has shared her Like of the must-read workplace novel that you’ll enjoy reading, even on your day off!”


“The Knockoff  [is] a just-released novel that has our entire office fighting over our copy. . . You’ll want it for Memorial Day weekend, trust us.”


“Don't let the cover of Lucy Sykes' and Jo Piazza's new novel The Knockoff fool you into thinking this is a chick lit romp. It has the requisite strong heroine and mean girl villain, but it also raises questions about tensions -- or maybe outright loathing -- between generations as technology rules our world. . . Most delicious, and funny. . . Put this one in your beach bag before you pack your swimsuit.”


“Fashion maven Sykes and journalist Piazza combine forces to create a winning romp of a tale that skewers a millennial, techie know-it-all who tries to undermine an 'old guard' print editor when a top fashion magazine is transformed into an interactive app. . . In this modernized All About Eve plotline, the maniacally driven Eve goes up against her too-kind boss in ways both large (stealing Imogen's ideas) and small (insulting her lack of tech knowledge), leaving Imogen feeling out of step. Throughout, readers are constantly reminded of the ubiquity of technology and its potential pitfalls. This breezy, behind-the-scenes tale offers a fresh, modern take on a classic tale of rivalry.”

"Any good beach day requires an impossible-to-put down quick read—this novel by Lucy Sykes and Jo Piazza is hilarious and addicting."

“A modern All About Eve, The Knockoff centers on the trials of the aging editor-in-chief of a fashion magazine whose rule is threatened when her hyperambitious, tech-obsessed millennial assistant stages a workplace coup. The book skewers millennials, bad bosses, and the fashion world’s bizarre rituals with equal glee.


“If you want humor with style and heart [read] The Knockoff by Lucy Sykes and Jo Piazza. . . You’ll have a new appreciation for your office drama after meeting these nightmare colleagues.”


“The glamorous world of fashion is met with a tech invasion in this satirical novel by fashion editor Sykes and editor/journalist Piazza. The fashion industry is notoriously cutthroat; The Devil Wears Prada taught us all about the nasty power struggles. In this story, though, the ‘devil’ comes not in a dictatorial fashion editor but instead in the form of technology and the millennials who wield it with the goal of taking over the world, one click or “like” or Tweet at a time.”


“A wonderfully wicked tale of digital-age upheaval in the fashion world . . . The story is set at Glossy mag, famous for its gorgeous, enormous September issue (ahem, ahem) . . . This delightful book gives an inside look at the ever-changing fashion world—with laugh-out-loud wit and undeniable style.”


“This is what it's really like working at a glossy, New York fashion magazine. Makes The Devil Wears Prada look like My Little Pony.”

–Toby Young, bestselling author of How to Lose Friends and Alienate People


“In the interest of full disclosure I must reveal that Lucy is my MUCH older twin (by over half an hour). So I am biased. But even if Lucy weren't my sister, I would still say that The Knockoff is a bang-on, absolutely of-the-moment, super-trendy, amazingly witty take on the world of online and magazine fashion. “


“Sykes and Piazza brilliantly satirize and skewer the freakiest aspects of today’s changing fashion landscape with all its blogtastic insanity. Bravo girls!”

–Simon Doonan, Creative Ambassador for Barneys New York and author of The Asylum: True Tales of Madness from a Life in Fashion


“Lucy Sykes and Jo Piazza have created a heroine not only for the 21st century, but for grownups everywhere. With keen writing about both the fashion and digital worlds, The Knockoff reminds us that no one is safe from the wily, ambitious up-and-comer—and that sometimes it's better to beat her than join her!”
–Stacy London, bestselling author of The Truth About Style and co-host of What Not To Wear


“The Knockoff is a hilarious and clever novel that’s like a face-off between The Devil Wears Prada and The Social Network.  It is addictive, non-stop fun that kept me up all night cursing at the deliciously deranged antics, madly guessing at which fashion insiders were being parodied, and relishing every chic, conniving moment.” 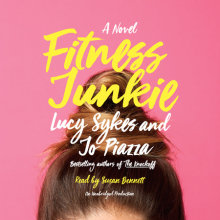 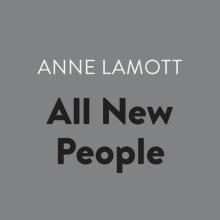