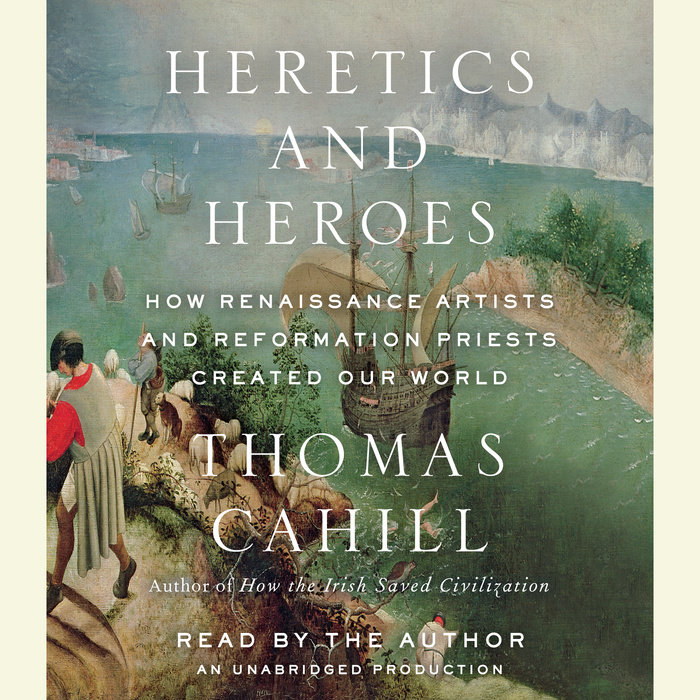 From the inimitable bestselling author Thomas Cahill, another popular history—this one focusing on how the innovations of the Renaissance and the Reformation changed the Western world. A truly revolutionary book.

In Volume VI of his acclaimed Hinges of History series, Thomas Cahill guides us through the thrilling period of the Renaissance and the Reformation (the late fourteenth to the early seventeenth century), so full of innovation and cultural change that the Western world would not experience its like again until the twentieth century. Beginning with the continent-wide disaster of the Black Death, Cahill traces the many developments in European thought and experience that served both the new humanism of the Renaissance and the seemingly abrupt religious alterations of the increasingly radical Reformation. This is an age of the most sublime artistic and scientific adventure, but also of newly powerful princes and armies and of newly found courage, as many thousands refuse to bow their heads to the religious pieties of the past.  It is an era of just-discovered continents and previously unknown peoples. More than anything, it is a time of individuality in which a whole culture must achieve a new balance if the West is to continue.
Read More
"It's hard to imagine a more palpable or engaging history of venal popes and the horrific torture and burning of heretics in the 1500s than Thomas Cahill’s Heretics and Heroes, the sixth in his Hinges of History Series. Cahill is our king of popular historians, and rightly so. He is eminently learned and wise, fluent in several languages, and opinionated and unsparing in his view of history. . . . In a little over 300 pages, Cahill encapsulates several dozen major artistic, political and ecclesiastical figures across a spread of several centuries. He touches on so many subjects, is so knowledgeable on everything he touches on, is so pithy and sharp, it doesn’t matter if you know a little, a lot or nothing at all about Renaissance art or Northern Europe’s rocky break from Catholic Rome. Cahill, you feel, would be the ideal dinner or driving companion. In spirit and in narrative strategy, he’s the modern equivalent of popular journalist-historians like John Hersey, Jim Bishop and Walter Lord, who brought factual insight into events blanketed by popular myth." —The Dallas Morning News

"Cahill is a felicitous writer. . . . [H]is erudition is impressive and engaging. No reader will doubt his enthusiasm for or knowledge of great Renaissance masters such as Donatello, Masaccio and Botticelli, as well as the freakishly talented Leonardo and that ruffian Caravaggio. Almost as important, Heretics and Heroes is illustrated in a lavish and handsome fashion. Anyone looking for a refresher on Renaissance art . . . or on Reformation conflicts and the subsequent wars of religion could do far worse than to pick up this breezy but reliable guide." —The Washington Post

"The writing is crisp, conversational, and matched by very few non-fiction writers out there today. The great achievement of Heretics and Heroes is Cahill's seemingly effortless illumination of the Renaissance and the Reformation. I have learned a lot from what Cahill has done here." —James S. Shapiro, Professor of English and Comparative Literature, Columbia University, and author of Contested Will: Who Wrote Shakespeare?

"Cahill cheerfully explains the enduring value of the Renaissance and Reformation movements to 21st century Western principles, injecting humor and a conversational style into well-written and easily accessible chapters centering on controversial issues and mesmerizing personalities. . . . Well-chosen illustrations and discreetly placed asides clarify his arguments. . . . Cahill writes passionately about the era’s transformational art, the unexpected benefits of the Black Plague, and the intellectual struggles over secular and papal power, resulting in an entertaining yet thought-provoking examination of Western civilization." —Publishers Weekly, starred review

"Cahill sets his delightfully analytic mind to the major transformations prompted by the Renaissance and Reformation . . . [he] makes it seem so simple to connect the dots, as the 14th through 16th centuries witnessed changes to every facet and walk of life--from the expulsion of the Moors in Spain to the emergence of nations and massive religious upheaval. The breadth of Cahill's knowledge and his jocular style of writing make for a remarkable book."—Kirkus Reviews, starred review
Read More 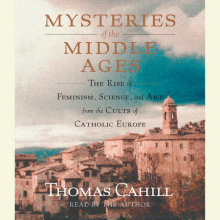 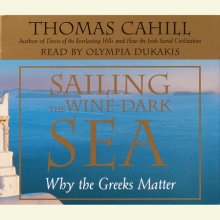 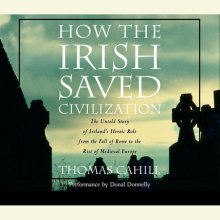 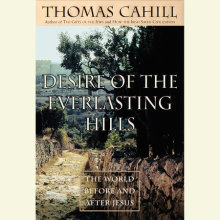