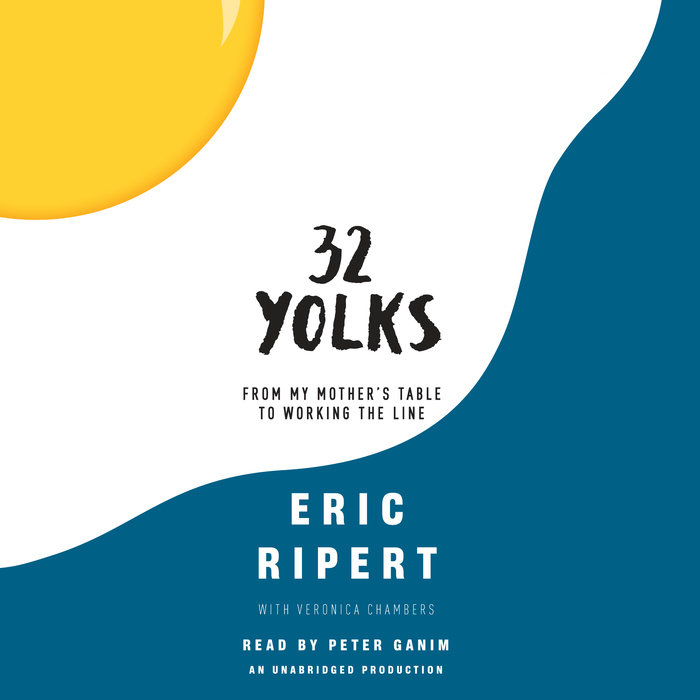 NEW YORK TIMES BESTSELLER • Hailed by Anthony Bourdain as “heartbreaking, horrifying, poignant, and inspiring,” 32 Yolks is the brave and affecting coming-of-age story about the making of a French chef, from the culinary icon behind the renowned New York City restaurant Le Bernardin.

NAMED ONE OF THE BEST BOOKS OF THE YEAR BY NPR

In an industry where celebrity chefs are known as much for their salty talk and quick tempers as their food, Eric Ripert stands out. The winner of four James Beard Awards, co-owner and chef of a world-renowned restaurant, and recipient of countless Michelin stars, Ripert embodies elegance and culinary perfection. But before the accolades, before he even knew how to make a proper hollandaise sauce, Eric Ripert was a lonely young boy in the south of France whose life was falling apart.

Ripert’s parents divorced when he was six, separating him from the father he idolized and replacing him with a cold, bullying stepfather who insisted that Ripert be sent away to boarding school. A few years later, Ripert’s father died on a hiking trip. Through these tough times, the one thing that gave Ripert comfort was food. Told that boys had no place in the kitchen, Ripert would instead watch from the doorway as his mother rolled couscous by hand or his grandmother pressed out the buttery dough for the treat he loved above all others, tarte aux pommes. When an eccentric local chef took him under his wing, an eleven-year-old Ripert realized that food was more than just an escape: It was his calling. That passion would carry him through the drudgery of culinary school and into the high-pressure world of Paris’s most elite restaurants, where Ripert discovered that learning to cook was the easy part—surviving the line was the battle.

Taking us from Eric Ripert’s childhood in the south of France and the mountains of Andorra into the demanding kitchens of such legendary Parisian chefs as Joël Robuchon and Dominique Bouchet, until, at the age of twenty-four, Ripert made his way to the United States, 32 Yolks is the tender and richly told story of how one of our greatest living chefs found himself—and his home—in the kitchen.

“Passionate, poetical . . . What makes 32 Yolks compelling is the honesty and laudable humility Ripert brings to the telling.”—Chicago Tribune

“With a vulnerability and honesty that is breathtaking . . . Ripert takes us into the mind of a boy with thoughts so sweet they will cause you to weep.”—The Wall Street Journal
Read More
“Passionate, poetical . . . What makes 32 Yolks compelling is the honesty and laudable humility [Eric] Ripert brings to the telling.”—Chicago Tribune

“With a vulnerability and honesty that is breathtaking . . . Ripert takes us into the mind of a boy with thoughts so sweet they will cause you to weep. He also lets us into the mind of the man he is today, revealing all the golden cracks and chips that made him more valuable to those around him.”—The Wall Street Journal

“32 Yolks may not be what you’d expect from a charming, Emmy-winning cooking show host and cookbook author. In the book, there are, of course, scenes of elaborate meals both eaten and prepared. And all the talk of gigot d’agneau, tarte tatin, petits farcis, paupiette de veau and saumon en croute may prompt a dinner reservation at your local French restaurant. But Ripert’s story is, for the most part, one of profound loss, a tumultuous childhood and abuse, both mental and physical.”—Los Angeles Times

“If you’re interested in how successful people become successful—and if you’re not, why aren’t you?—check out 32 Yolks: From My Mother’s Table to Working the Line. It’s a great story, especially for people just starting out, since Eric focuses on his formative years. ‘My time at Le Bernardin has been well documented,’ Eric told me, ‘and so I wanted to share what came before then and how my early years as a child and first kitchen experiences shaped my journey.’”—Jeff Haden, Inc.

“Heartbreaking. Horrifying. Poignant. And inspiring. I’ve known Eric for years, and I had no idea that this was how it all started. If you want to get a clear picture of where one gets the drive and dedication to be a truly great chef, there is no better or more harrowing account.”—Anthony Bourdain

“This book demonstrates just how amazing Eric’s life has been both inside and outside the kitchen. It makes total sense now that he has become one of the greatest chefs in the world today. This is a portrait of a chef as a young man. It’s endlessly entertaining and teaches young cooks how it used to be.”—David Chang

“Eric Ripert is known around the world for his talent and passion for food. I have been friends with him for half his life, but his memoir let me discover more about his past. His journey from Andorra to Manhattan is full of adventure, hard work, and ambition, and it is an inspiration to us all.”—Daniel Boulud

“Eric Ripert’s 32 Yolks is almost as irresistible as his cooking—a suspenseful, scary, and deeply moving memoir. Even with the knowledge of his eventual triumph as one of the world’s greatest chefs, you can’t help wondering as you turn the pages whether he will manage to survive his childhood or his grueling apprenticeship in two of France’s top kitchens. But ultimately his deep, visceral appreciation of food and the joy of cooking make this a lyrical and inspiring story.”—Jay McInerney
Read More

Julia Child and the Chef MemoirWell-Read and Well-Fed: Pair These Audiobooks and Recipes 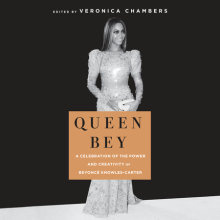 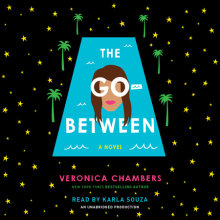 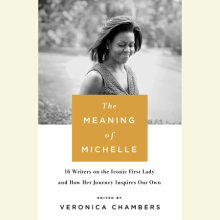