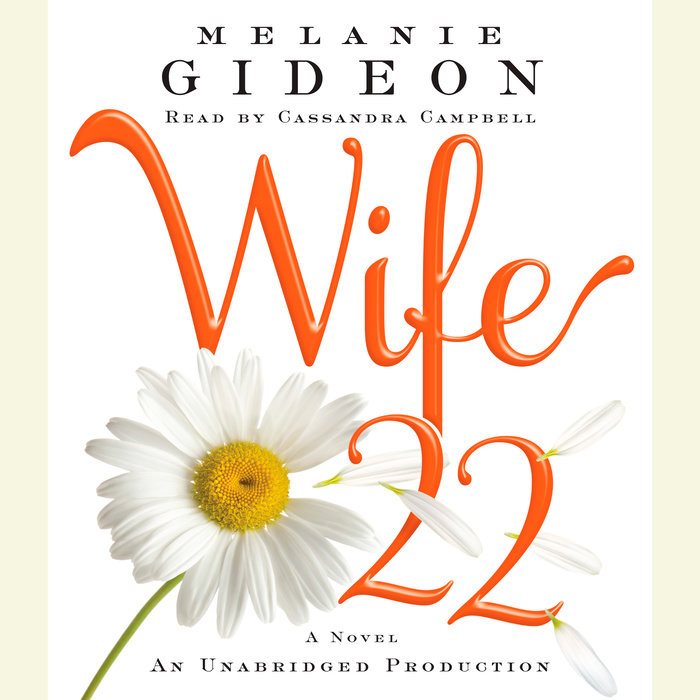 For fans of Helen Fielding’s Bridget Jones’s Diary and Allison Pearson’s I Don’t Know How She Does It comes an irresistible novel of a woman losing herself . . . and finding herself again . . . in the middle of her life.

But when the anonymous online study called “Marriage in the 21st Century” showed up in my inbox, I had no idea how profoundly it would change my life. It wasn’t long before I was assigned both a pseudonym (Wife 22) and a caseworker (Researcher 101).

And, just like that, I found myself answering questions.

7. Sometimes I tell him he’s snoring when he’s not snoring so he’ll sleep in the guest room and I can have the bed all to myself.
61. Chet Baker on the tape player. He was cutting peppers for the salad. I looked at those hands and thought, I am going to have this man’s children.
67. To not want what you don’t have. What you can’t have. What you shouldn’t have.
32. That if we weren’t careful, it was possible to forget one another.

Before the study, my life was an endless blur of school lunches and doctor’s appointments, family dinners, budgets, and trying to discern the fastest-moving line at the grocery store. I was Alice Buckle: spouse of William and mother to Zoe and Peter, drama teacher and Facebook chatter, downloader of memories and Googler of solutions.

But these days, I’m also Wife 22. And somehow, my anonymous correspondence with Researcher 101 has taken an unexpectedly personal turn. Soon, I’ll have to make a decision—one that will affect my family, my marriage, my whole life. But at the moment, I’m too busy answering questions.

As it turns out, confession can be a very powerful aphrodisiac.
Read More
Advance praise for Wife 22

"Chick-lit fans over the age of 30 will want to rush home from work, kick off their shoes, mix themselves tart cocktails, and settle down to read this wry debut novel.... It will take its rightful place in the chick-lit canon alongside Helen Fielding’s Bridget Jones’s Diary, Anna Maxted’s Getting Over It, and Allison Pearson’s I Don’t Know How She Does It." —Library Journal, starred review

"Superb.... Comprising a tapestry of traditional narrative, e-mails, Facebook chats, and other digital media, Gideon’s work is an honest assessment of a woman’s struggle to reconcile herself with her desires and responsibilities, as well as a timely treatise on the anonymity and intimacy afforded by digital communiques. Fully formed supporting characters and a nuanced emotional story line make Gideon’s fiction debut shimmer." —Publishers Weekly, starred review

“Wife 22 is absolutely fresh, vibrant, au courant, and hilarious. As you read, you will swear that this deft novelist hacked your phone and unearthed your longtime marital secrets and maternal struggles with a keen ear and an open heart. Brilliant! Melanie Gideon owns the moment with this debut.”—Adriana Trigiani, bestselling author of The Shoemaker’s Wife

“Refreshing, original, and crackling with energy, Wife 22 is a brilliant, engrossing novel about the way we love and live now. Prepare to be dazzled.”—Elin Hilderbrand, author of Summerland

“Absolutely delicious! What Bridget Jones did for single women, Alice Buckle will do for married ones. Melanie Gideon’s Wife 22 is a fabulously funny contemplation of relationships and parenthood in the twenty-first century.”—Meg Waite Clayton, author of The Four Ms. Bradwells and The Wednesday Sisters

“Well, isn’t this a fun read! Not only fun, but funny. Not only funny, but wildly inventive. Not only wildly inventive, but poignant. Wife 22 is also wise in matters of the heart. Melanie Gideon could put marriage counselors out of business.”—Elizabeth Berg, New York Times bestselling author of The Last Time I Saw You

“The delightful, compulsively readable Wife 22 manages to be both funny and thought-provoking on the eternal question: After many years of marriage, how do two people keep their love vital? Alice Buckle’s hilarious search for greater happiness will resonate with readers of all backgrounds.”—Gretchen Rubin, New York Times bestselling author of The Happiness Project

“Wife 22 is not just clever, it is a funny, wise, and ultimately tender and revealing portrait of contemporary family life, of a marriage, and of a wife and mother and her all-important circle of friends in midlife straits. Every woman who has ever Googled herself, Facebooked her children, or simply wondered, ‘what if?’ will come to cheer and adore this particularly winsome wife.”—Mary Kay Andrews
Read More