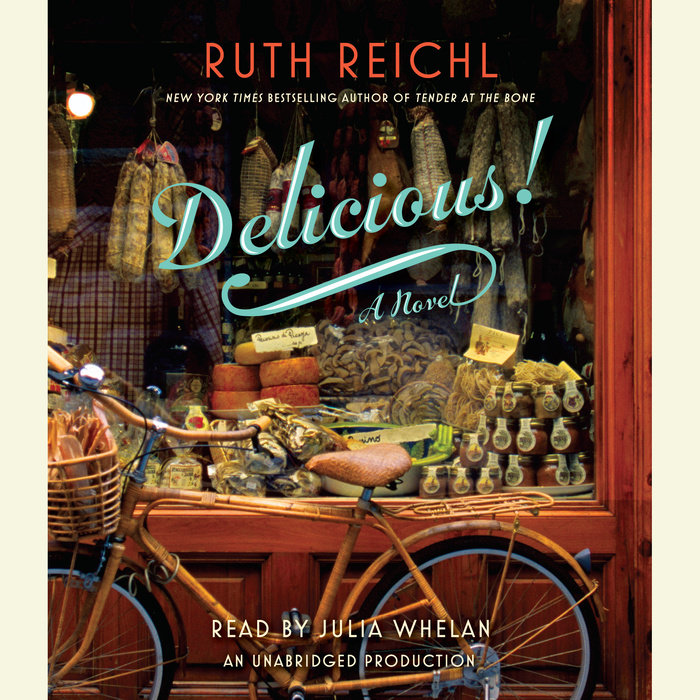 In her bestselling memoirs Ruth Reichl has long illuminated the theme of how food defines us, and never more so than in her dazzling fiction debut about sisters, family ties, and a young woman who must finally let go of guilt and grief to embrace her own true gifts.

Billie Breslin has travelled far from her California home to take a job at Delicious, the most iconic food magazine in New York and, thus, the world. When the publication is suddenly shut down, the colourful staff, who have become an extended family for Billie, must pick up their lives and move on. Not Billie, though. She is offered a new job: staying behind in the magazine's deserted downtown mansion offices to uphold the "Delicious Guarantee"--a public relations hotline for complaints and recipe inquiries--until further notice. What she doesn't know is that this boring, lonely job will be the portal to a life-changing discovery.
Delicious! carries the reader to the colourful world of downtown New York restaurateurs and artisanal purveyors. And from the lively food shop in Little Italy where Billie works on weekends to a hidden room in the magazine's library where she discovers the letters of Lulu Swan, a plucky twelve-year-old, who wrote to the legendary chef James Beard during World War II. Lulu's letters lead Billie to a deeper understanding of history (and the history of food), but most important, Lulu's courage in the face of loss inspires Billie to come to terms with her own issues--the panic attacks that occur every time she even thinks about cooking, the truth about the big sister she adored, and her ability to open her heart to love.

• "...an all around role model to food critics everywhere." -- The Toronto Star

• "Reading Ruth Reichl on food is almost as good as eating it...Reichl makes the reader feel present with her, sharing her experience." -- The Washington Post Book World

• "An absolute delight to read...how lucky we are that [Reichl] has the courage to follow her appetite." -- Newsday

• “[Ruth Reichl’s] New York is a fairy-tale town where beautiful food abounds… The novel presents a whole passel of surprises: a puzzle to solve; a secret room; hidden letters; the legacy of James Beard; and a parallel, equally plucky heroine from the past, who also happens to be a culinary prodigy.” --The New York Times Book Review

• “[Reichl’s] satisfying coming-of-age novel of love and loss vividly demonstrates the power of food to connect people across cultures and generations.” --Library Journal

• “This savory feast of a first novel blends the rich gifts that readers of Reichl’s memoirs and food writing have come to expect.” --More
Read More

7 Audiobooks that Are a Feast for the Ears 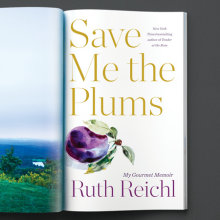 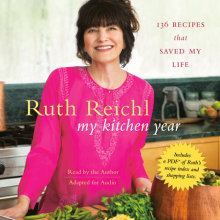 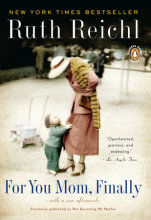 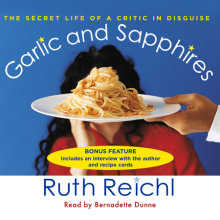