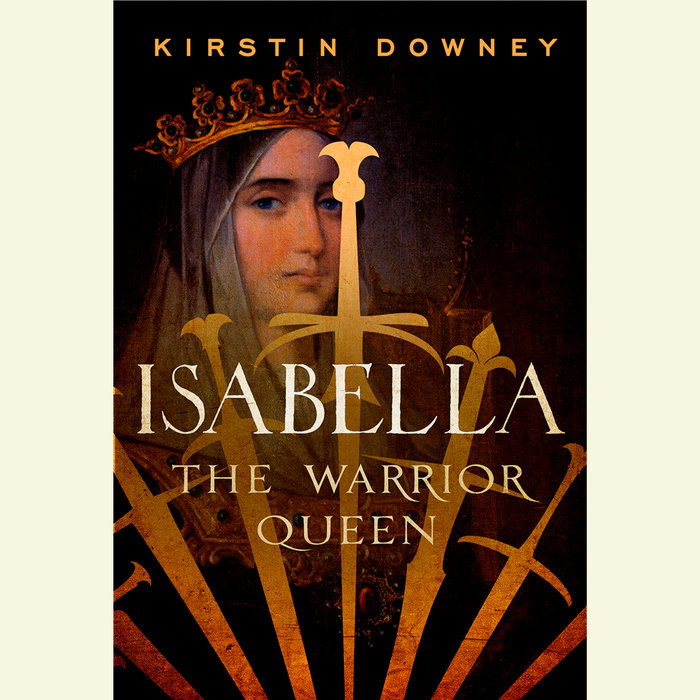 An engrossing and revolutionary biography of Isabella of Castile, the controversial Queen of Spain who sponsored Christopher Columbus's journey to the New World, established the Spanish Inquisition, and became one of the most influential female rulers in history

Born at a time when Christianity was dying out and the Ottoman Empire was aggressively expanding, Isabella was inspired in her youth by tales of Joan of Arc, a devout young woman who unified her people and led them to victory against foreign invaders. In 1474, when most women were almost powerless, twenty-three-year-old Isabella defied a hostile brother and a mercurial husband to seize control of Castile and León. Her subsequent feats were legendary. She ended a twenty-four-generation struggle between Muslims and Christians, forcing North African invaders back over the Mediterranean Sea. She laid the foundation for a unified Spain. She sponsored Columbus's trip to the Indies and negotiated Spanish control over much of the New World with the help of Rodrigo Borgia, the infamous Pope Alexander VI. She also annihilated all who stood against her by establishing a bloody religious Inquisition that would darken Spain's reputation for centuries. Whether saintly or satanic, no female leader has done more to shape our modern world, in which millions of people in two hemispheres speak Spanish and practice Catholicism. Yet history has all but forgotten Isabella's influence, due to hundreds of years of misreporting that often attributed her accomplishments to Ferdinand, the bold and philandering husband she adored. Using new scholarship, Downey's luminous biography tells the story of this brilliant, fervent, forgotten woman, the faith that propelled her through life, and the land of ancient conflicts and intrigue she brought under her command.
Read More
A finalist for the Los Angeles Times Book Prize!
Longlisted for the 2015 PEN/Jacqueline Bograd Weld Award for Biography!
A Kirkus Best Biography of 2014!

"A tale of feminist ambition that reads like a pulpy novel. (Don't be a snob—that's a good thing.)" —TIME

"In a fascinating revisionist portrait, Downey sketches a monarch both adored and demonised, and makes the case that Isabella laid the foundation for the first global superpower." —BBC.com

"From Game of Thrones to Pillars of the Earth, popular culture offers up medieval stories where royal blood grabs for power, where crucial alliances are built between church and state, where important people suddenly fall over dead after a sumptuous meal, poisoned by a hidden rival. But this world did, in fact, exist, and the subject of Kristen Downey’s new biography, Queen Isabella of Castile, maneuvered through it with unlikely and thrilling success... Downey writes with eloquence and intensity about Isabella’s life." —BookPage

"A strong, fascinating woman, Isabella helped to usher in the modern age, and this rich, clearly written biography is a worthy chronicle of her impressive yet controversial life." —Kirkus Reviews, starred review

"Kirstin Downey triumphantly restores Isabella to her rightful place in history. This is an engrossing new portrait of one of the most fascinating and controversial women who ever lived." —Amanda Foreman, author of the New York Times bestseller Georgiana: Duchess of Devonshire

"Kirstin Downey makes medieval history read like a modern day thriller. Queen Isabella's life unfolded at the pivotal moment when the old world was astonished by the discovery of the new, and this graceful and insightful biography reveals her crucial role in making it happen." —Deirdre Bair, National Book Award-winning author of Samuel Beckett

"In this astonishing biography, Kirstin Downey brings to life the most powerful queen in history, whose extraordinary impact on the world — for good and ill — continues to this day. Downey is particularly good at showing the human side of Isabella, whose life was an unending struggle to assert herself while navigating the countless intrigues and treachery of men who wanted to bring her down, including her own faithless and jealous husband, Ferdinand. It's a fascinating story with great resonance for today." —Lynne Olson, author of the New York Times bestseller Those Angry Days: Roosevelt, Lindbergh and America's Fight Over World War II

"Queen Isabella was the most important woman in the history of Europe, and more than any person of her era she set the stage for modern Europe and America. Using Muslim, Jewish, and Christian sources, Kirstin Downey's gripping biography reveals how Isabella acquired such importance and vividly narrates the incredible drama of her life." —Jack Weatherford, author of the New York Times bestseller Genghis Khan and the Making of the Modern World

"Perfect for both historical novices and experts in European history, this solidly-researched, engaging description of Isabella’s achievements also humanizes her through discussion of her intricate relationships with combative family members and allows readers to see Isabella’s fingerprints on Renaissance culture and religion." —Publishers Weekly
Read More