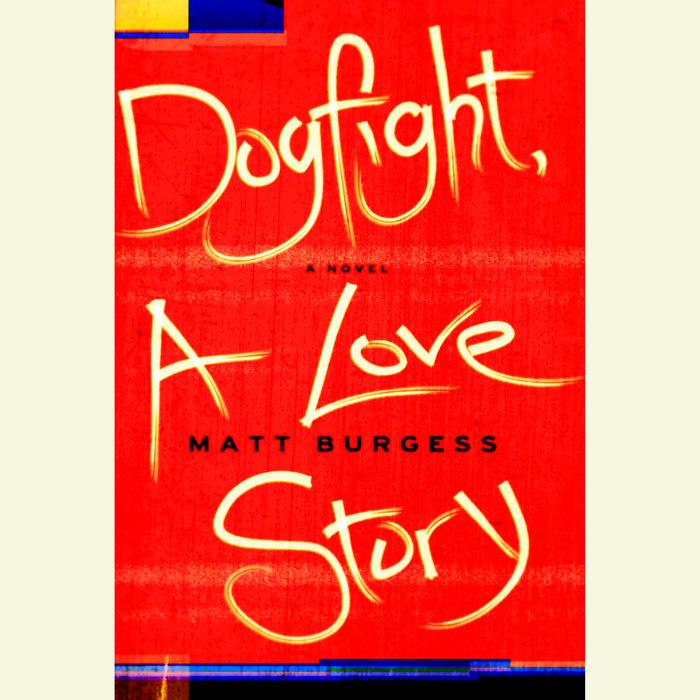 What Jonathan Lethem did for Brooklyn, Matt Burgess does for Queens in this exuberant and brilliant debut novel about a young drug dealer having a very bad weekend.

Alfredo Batista has some worries. Okay, a lot of worries. His older brother, Jose—sorry, Tariq—is returning from a stretch in prison after an unsuccessful robbery, a burglary that Alfredo was supposed to be part of. So now everyone thinks Alfredo snitched on his brother, which may have something to do with the fact that Alfredo is now dating Tariq’s ex-girlfriend, Isabel, who is eight months pregnant. Tariq’s violent streak is probably #1 worry on Alfredo’s list.

Also, he needs to steal a pit bull. For the homecoming dogfight.

Burgess brings to life the rich and vivid milieu of his hometown native Queens in all its glorious variety. Here is the real New York, a place where Pakistanis, Puerto Ricans, Haitians, An ­glos, African Americans, and West Indians scrap and mingle and love. But the real star here is Burgess’s incredible ear for language—the voices of his characters leap off the page in riotous, spot-on dialogue. The outer boroughs have their own language, where a polite greeting is fraught with menace, and an insult can be the expression of the most tender love.

With a story as intricately plotted as a Shakespearean comedy—or revenge tragedy, for that matter—and an electrically colloquial prose style, Dogfight, a Love Story establishes Matt Burgess as an exuberant new voice in contemporary literature. The great Queens novel has arrived.
Read More
"With an acute ear for dialogue and the poetry of the street.....a cliche-free depiction of gritty urban reality, reminiscent of Richard Price. But Burgess's city novel is less 'Clockers' than 'Portrait of the Artist as an Ambivalent Drug Dealer.....bursts of narrative bravado....DOGFIGHT burns through this explosive weekend like a lighted fuse.....takes a mighty swing at this streetwise drama about loyalty and betrayal"--New York Times Book Review

"Every once in a while you come across a book that completely captures a place. Even if you've never been there yourself, it's like you can see it, smell it, taste it. Theres a new novel out that does that for New York. Specifically: the borough of Queens. Author Matt Burgess nails the places."--NPR's Weekend Edition

"The hilarious, harrowing story of an extremely bad weekend in the life of 19-year-old Alfredo Batista, a very small-time drug dealer with some very big problems, including the Mob, a seven-months-pregnant girlfriend, and an ex-con older brother who just might want to bash Alfredo’s head in.  Oh, and there’s the small matter of the pit bull Alfredo needs to steal, for the Homecoming dogfight.  Poor dog.  Poor Alfredo.  I couldn’t stop laughing."--Ben Fountain, bestselling author of Billy Lynn's Long Halftime Walk

"Matt Burgess' "Dogfight, A Love Story" was my most memorable read of 2010. As the title implies, the novel mixes everyday urban conflict with slice-of-life tenderness and momentary grace. Burgess captures the bass-heavy symphony of the neighborhood and gets the voices just right. Mixing the comedic and dramatic is a tricky thing to pull off, but the author does so with astonishing success. Most surprisingly, this is his literary debut. I can hardly wait to see what he comes up with next."--George Pelacanos

"[A] talent to watch. He possesses an ear for dialogue that rivals Richard Price and a pacy sense of plot reminiscent of another fantastic recent debut, Josh Bazell's "Beat the Reaper". His style is strikingly visual—Mr Burgess doesn't sketch scenes so much as paint them as big and bright as a playground mural.....Burgess is an energetic and disciplined writer. Most importantly, "Dogfight" is tremendously fun to read."--The Economist

"Absorbing....rich....Like those before him, Burgess lives and dies by the credibility of his dialogue and details, and his portrayal is clearly the product of much close study."--Time Out New York

"Matt Burgess serves up a savory dish with his new novel, but the meat of the story is his writing....[an]exciting and really-tough-to-put-down novel....The plot is fun, original, addictive....The landscape Burgess paints (setting: Jackson Heights, Queens) has the alluring exoticism of a Gauguin....not merely funny or incisive but also feel true, and intimately so, as if revealing to us hidden parts of a world we already know....There's something more expansive at play here, as we watch Alfredo grapple with his conscience and fall deeper into an unknown yet eerily familiar world."--Minneapolis Star Tribune


PRAISE FOR DOGFIGHT, A LOVE STORY


“Matt Burgess’s debut novel is a beautifully made, street-smart novel that is both funny and disturbing. Written with an almost furious energy, Dogfight has an amazingly well-rounded cast of characters and a plot that leads up to a violent and probably inevitable climax. This is the best first novel I have read in years.”
—Charles Baxter, author of The Feast of Love and The Soul Thief


“Dogfight takes you on a gritty tour of a city exploding with diversity, violence, and love. Matt Burgess is a major talent, blessed with a unique voice full of humor and an attitude that’s ready to elbow its way into American letters.”
—Ernesto Quiñonez, author of Bodega Dreams
Read More