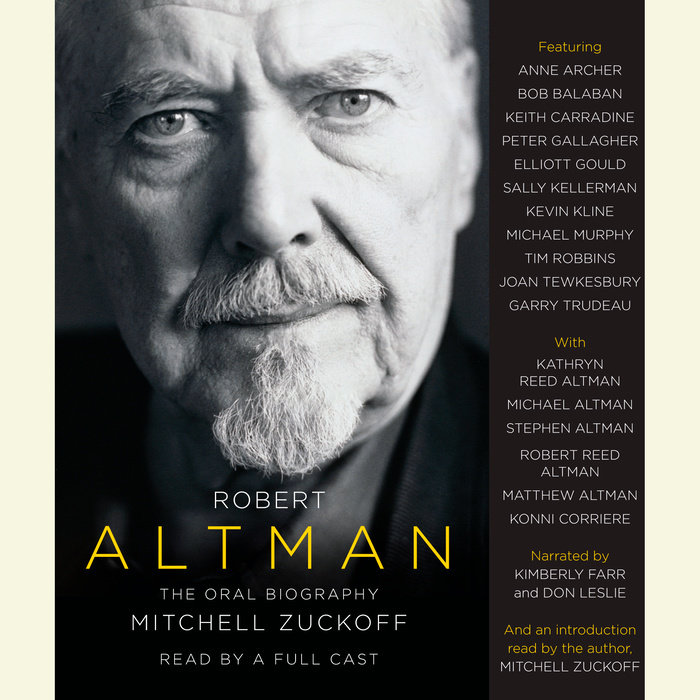 Robert Altman—visionary director, hard-partying hedonist, eccentric family man, Hollywood legend—comes roaring to life in this rollicking cinematic biography, told in a chorus of voices that can only be called Altmanesque.

His outsized life and unique career are revealed as never before: here are the words of his family and friends, and a few enemies, as well as the agents, writers, crew members, producers, and stars who worked with him, including Meryl Streep, Warren Beatty, Tim Robbins, Julianne Moore, Paul Newman, Julie Christie, Elliott Gould, Martin Scorsese, Robin Williams, Cher, and many others. There is even Altman himself, in the form of his exclusive last interviews.

After an all-American boyhood in Kansas City, a stint flying bombers through enemy fire in World War II, and jobs ranging from dog-tattoo entrepreneur to television director, Robert Altman burst onto the scene in 1970 with the movie M*A*S*H. He revolutionized American filmmaking, and, in a decade, produced masterpieces at an astonishing pace: McCabe & Mrs. Miller, Thieves Like Us, The Long Goodbye, 3 Women, and, of course, Nashville. Then, after a period of disillusionment with Hollywood—as well as Hollywood’s disillusionment with him—he reinvented himself with a bold new set of masterworks: The Player, Short Cuts, and Gosford Park. Finally, just before the release of the last of his nearly forty movies, A Prairie Home Companion, he received an honorary Oscar for lifetime achievement from the Academy, which had snubbed him for so many years.

Mitchell Zuckoff—who was working with Altman on his memoirs before he died—weaves Altman’s final interviews, an incredible cast of voices, and contemporary reviews and news accounts, into a riveting tale of an extraordinary life. Here are page after page of revelations that force us to reevaluate Altman as a man and an artist, and to view his sprawling narratives with large casts, multiple story lines, and overlapping dialogue as unquestionably the work of a modern genius.
Read More

“Quite special. . . . This is a smart, amusing, lively book, full of anecdotes and a generous step towards perceiving the glorious and perverse ways of Altman himself. . . . We owe him plenty.” —David Thomson, The New Republic

“Zuckoff’s biography is like his subject’s movies, filled with a multiplicity of voices and averse to defining ‘meaning.’  Yet in the end, readers understand Altman’s stubborn vision, his refusal to compromise with commerce, and his hard-earned, eccentric genius.” —Chuck Leddy, The Boston Globe

“[Zuckoff] uses a light editorial hand, allowing a wide range of contributors to have their say. . . . A comprehensive, 360-degree look at a complicated subject.” —Toby Young, Wall Street Journal

“A positively ‘Altmanesque’ treatment. . . . [Altman] made a great Western, a great anti-war movie, a great period piece, a great detective picture, a great ballet movie and the how-Hollywood-works movie. And Zuckoff . . . is an apt choice to corner an old fast-talker like Altman.” —Roger Moore, Orlando Sentinel

“[There are] many surprising and revealing comments that Zuckoff has assembled in his fittingly rambling book. . . . Life is complicated, often messy—as Altman showed us—and his life, as seen in Zuckoff’s book, was no exception.” —San Francisco Chronicle

“[A] fitting tribute to one of Hollywood’s greatest directors. . . . A rebel to the end, Altman’s spirit is perfectly captured in this fascinating read.” —Publishers Weekly (starred review)

“An engrossing, comprehensive book that gives invaluable insight into the life and work of a truly original artist.” —Kirkus Reviews 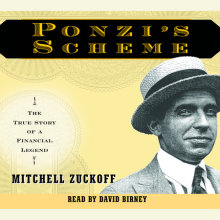