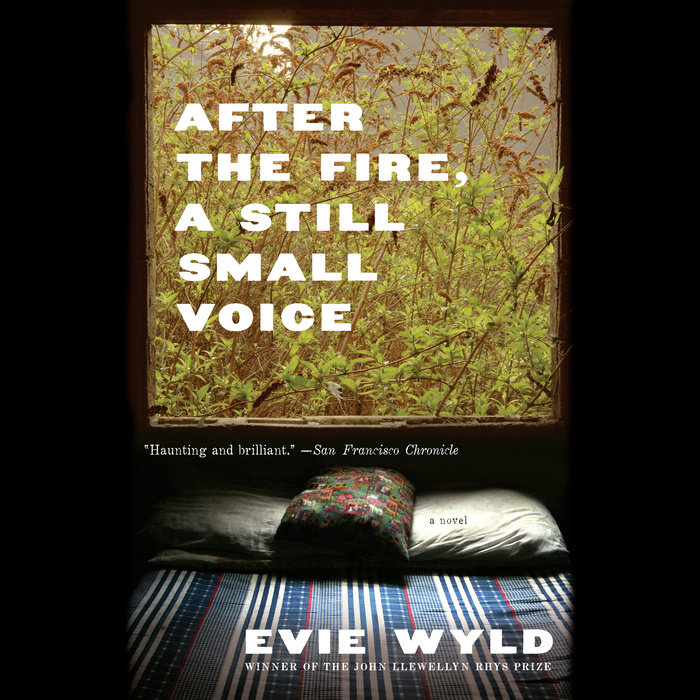 Set in the haunting landscape of eastern Australia, this is a stunningly accomplished debut novel about the inescapable past: the ineffable ties of family, the wars fought by fathers and sons, and what goes unsaid.

After the departure of the woman he loves, Frank drives out to a shack by the ocean that he had last visited as a teenager. There, among the sugarcane and sand dunes, he struggles to rebuild his life.

Forty years earlier, Leon is growing up in Sydney, turning out treacle tarts at his parents’ bakery and flirting with one of the local girls. But when he’s drafted to serve in Vietnam, he finds himself suddenly confronting the same experiences that haunt his war-veteran father.

As these two stories weave around each other–each narrated in a voice as tender as it is fierce–we learn what binds Frank and Leon together, and what may end up keeping them apart.
Read More
<div>

"Just sometimes, a book is so complete, so compelling and potent, that you are fearful of breaking its hold. This is one . . . With awesome skill and whiplash wit, Evie Wyld knits together past and present, with tension building all the time. In Peter Carey and Tim Winton, Australia has produced two of the finest storytellers working today. On this evidence, Wyld can match them both."
—Daily Mail

"After the Fire, a Still Small Voice has the kind of dark shimmer that mesmerizes as it disturbs . . . What distinguishes Wyld is her incandescent empathy for her male characters and the things they are unable to say, the assurance with which she reaches for a rough-edged authenticity over the easy pleasures of lyricism."
—Vogue

"At last, in a world that shouts, a novel that doesn't need to. A revelation and a joy—wild, wise and wonderful."
—Chris Cleave, author of Little Bee


“A mesmerising novel . . . This adroit examination of loss, lostness and trauma is the beginning of great things.”
— Independent

"Fiction writing at its best with characters so vividly drawn, they seem to literally leap off of the printed pages . . . An enticing debut novel."
—Tucson Citizen

"It's not often that I fall for a novel from the very first page, but the controlled and expressive opening to After the Fire, a Still Small Voice is utterly irresistible . . . It is a superb novel."
—Guardian.co.uk

"The searing descriptions of the changeable land and seascapes make this gritty, passionate novel stand out."
—Bookpage

"I loved it. Just stunningly good . . . It has a whole dark and brilliant life of its own. And Jesus, there's not a single false note in the whole book: it's totally convincing, and written with incredible toughness, sureness and maturity. A terrifyingly good debut."
—Peter Hobbs, author of The Short Day Dying

"A sensational debut, rich in literary fireworks and human drama. There are moments here that still the breath—all you can hear is your own heart beating."
—Christopher Kremmer, author of The Carpet Wars

"Evie Wyld has dual nationality [British and Australian] and with the publication of her first novel it is likely both countries will want to claim her as their own . . . A fine debut."
—Bookseller and Publisher (Australia)

"Ravishingly atmospheric and wisely compassionate . . . There's no doubt that Wyld is a writer of immense abilities and depth."
—Booklist

"At times startling, Wyld's book is ruminative and dramatic, with deep reserves of empathy colored by masculine rage and repression . . . The two narrative threads stay separate until the final pages, and, refreshingly, their connection isn't overplayed."
—Publishers Weekly (starred)

"A brilliant, transporting novel of such warmth and stunning evocative language that I wanted to read it all over again. Evie Wyld has a deft way of capturing the light, the nature of the place, of the natives. This is a rich account of two men's lives, separated through time and their own inability to reach out. The two plots, which are two parts of a whole, are ambitious and held together with delicacy and skill. Time does funny things in the book as it would in the desert; it undoes things, rather like this book has done to me."
—Karen McLeod, author of In Search of the Missing Eyelash

"Evie Wyld's book is dark, intense and haunting. The descriptions of Australia's East Coast are vivid, the landscapes, the language, the settings, the feelings are real and palpable. Her prose reminded me of Patrick White's, her imagery of Les Murray and Judith Wright—like all these writers Wyld is both lyrical and tragic, uncompromising in her evocation of that sad, strange, complicated country. She belongs to a tradition of serious Australian literature that is now being taken as seriously as it deserves."
—Sophie Gee, author of The Scandal of the Season