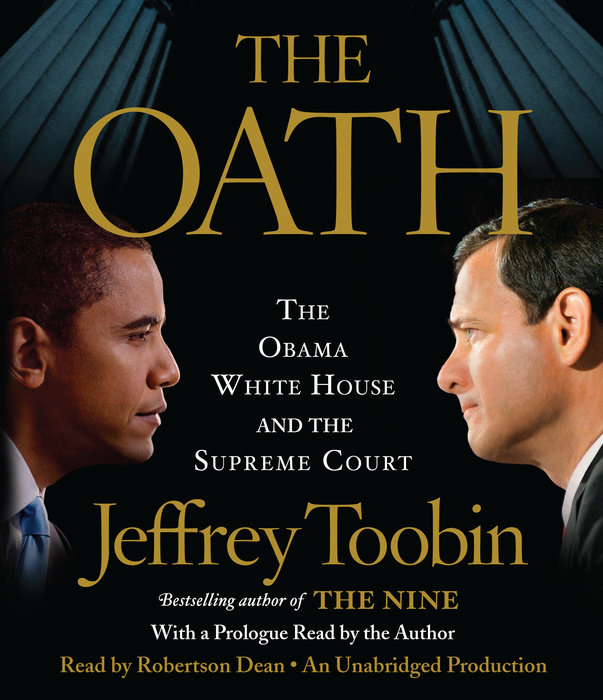 From the prizewinning author of The Nine, a gripping insider's account of the momentous ideological war between the John Roberts Supreme Court and the Obama administration.

From the moment John Roberts, the chief justice of the United States, blundered through the Oath of Office at Barack Obama's inauguration, the relationship between the Supreme Court and the White House has been confrontational. Both men are young, brilliant, charismatic, charming, determined to change the course of the nation—and completely at odds on almost every major constitutional issue. One is radical; one essentially conservative. The surprise is that Obama is the conservative—a believer in incremental change, compromise, and pragmatism over ideology. Roberts—and his allies on the Court—seek to overturn decades of precedent: in short, to undo the ultimate victory FDR achieved in the New Deal.
This ideological war will crescendo during the 2011-2012 term, in which several landmark cases are on the Court's docket—most crucially, a challenge to Obama's controversial health-care legislation. With four new justices joining the Court in just five years, including Obama's appointees Sonia Sotomayor and Elena Kagan, this is a dramatically—and historically—different Supreme Court, playing for the highest of stakes.
No one is better positioned to chronicle this dramatic tale than Jeffrey Toobin, whose prize-winning bestseller The Nine laid bare the inner workings and conflicts of the Court in meticulous and entertaining detail. As the nation prepares to vote for President in 2012, the future of the Supreme Court will also be on the ballot.
Read More
Praise for The Oath

“More than three decades after Bob Woodward wrote The Brethren, Toobin is Woodward’s successor as the chronicler of behind-the-scenes details from the Supreme Court, and the book is a page-turner.”
--The Washington Post

“Toobin is one of the most talented reporters covering American law…Not until scholars a generation hence gain access to the justices’ papers are we likely to have a more useful, or more readable, picture of this oddly assorted group of judges at this moment in history.”
--The New York Times Book Review

“[A] polished and thoughtful dissection of the current Court -- led by Chief Justice John Roberts -- and its high-stakes relationship to the Obama administration. Toobin brings full authority to this project. Deeply versed in Supreme Court lore and legal subtlety, he draws upon first-hand interviews with the justices and their clerks in crafting an anxious tale of the Roberts court, casting its major rulings as looming symbols of judicial philosophy and will.  After reading this wise book, one can fairly wonder whether the court, at its conservative core, embodies a brave corrective for the overreach of federal policy, or amounts to a partisan plot against America.”
--USA Today

“Jeffrey Toobin’s book The Oath: The Obama White House and the Supreme Court is for political, and governmental, junkies – those of us who simply cannot get enough of the fascinating interpersonal dynamics that shape so much of what goes on at the top levels of government….Toobin’s [book] would fall into the Robert Caro-Lyndon Johnson category. The “What’s really going on here?” genre of political studies…[The Oath] entertains us and reminds us that it is the interplay between different personalities and agendas that more than any scholarly argument of historical text is often at the heart of the laws we live with.”
-- The Boston Globe

"From the awkward swearing-in of President Obama by Chief Justice Roberts to Obama’s caustic reaction to the Citizens United ruling to Roberts’ support of Obama’s health-care law, the tumultuous relationship between the administration and the Supreme Court has been increasingly evident…Legal analyst Toobin offers a vivid inside look at the personalities and politics behind the fractious relationship…Among the highlights: Ginsburg’s scathing dissent on a ruling against a claim of pay disparity, in which she urged congressional action; Souter’s caustic dissent in Citizens United that questioned Roberts’ integrity; and Scalia’s bitter disappointment in Roberts’ decision on the health-care law. A revealing look at the ideological battle between the White House and the Supreme Court."
--Booklist, starred review

"A skillful probing of the often-discordant relationship between the president and the Supreme Court...Shrewd and elucidating."
--Kirkus Reviews

“In The Oath, Toobin—a legal correspondent for the New Yorker and CNN—gives a full account of the current struggle over constitutional interpretation. It’s an artfully constructed chronicle, and Toobin vigorously argues its conclusions. He skillfully interweaves three topics: the leading cases that illustrate the ambition of the Roberts Court; the four appointments since 2006 (Roberts, Samuel Alito, Sonia Sotomayor, and Elena Kagan) that have turned the court into an institution blatantly divided between five committed Republicans and four committed Democrats; and illuminating sketches of all the justices, including the three recent retirees (Sandra Day O’Connor, David Souter, and John Paul Stevens). For civilian readers, Toobin blends the equivalent of Con Law 101 with terrific political reportage.”
--Bookforum

“A worthy successor to The Nine, The Oath is a work of probity, intelligence and exceptional reporting.”
--Richmond Times-Dispatch

“Toobin, a rare authority who knows how to write, frames President Obama and Chief Justice John Roberts as engaged in a kind of slow-motion showdown, like two men standing on a frontier main street, which ought to get our attention…This is, in short, a book suitable for reading in the study or while sprawled at the beach.”
--Sun Times

“A lucid, lively and astute analysis of the Supreme Court during Roberts' seven-year reign as chief justice. Toobin has the chops (and the contacts) to take readers inside the court, capture the personalities of the justices, and parse the principles at stake in cases involving the right to bear arms, employment discrimination and campaign finance reform.”
--Minneapolis Star Tribune

“Toobin’s exceptionally readable book is more than just an inside look at the largely secretive way the justices operate. He blends strong reporting with a sure historical grasp of the court to present a persuasive argument that the five conservatives who control the court have embarked on a deliberate course to demolish well-accepted precedents on campaign finance, gun control and abortion rights.”
--Columbus Dispatch

“The Oath is the sequel to The Nine, Toobin’s bestselling account of the Rehnquist Court [and Toobin] is a reliable and astute guide.”
--Miami Herald

“Jeffrey Toobin is perhaps the most astute reporter writing about the U.S. Supreme Court.  [THE OATH may] eventually as the best book about the court during the opening half-decade of John Roberts' reign as chief justice. The book examines numerous recent rulings in depth, rulings about race-based affirmative action, gender inequality, the right to own guns, the ability to inject religious belief into the public arena, financing of political campaigns and many, many more issues. Toobin does his job well.”
--The Seattle Times


Praise for The Nine
Winner of the J. Anthony Lukas Book Prize

“The Nine not only provides a vivid narrative history of the Court’s recent history, but also gives the reader an intimate look at the individual justices, showing how personality, judicial philosophy and personal alliances can inform decisions that have huge consequences for the entire country . . . Driven by the author’s assured narrative voice, The Nine is as informative as it is fascinating, as insightful as it is readable.”
—Michiko Kakutani, The New York Times

“Smart and entertaining . . . The Nine is engaging, erudite, candid and accessible, often hard to put down. Toobin is a natural storyteller, and the stories he tells are gripping . . . [He] writes about the court more fluidly and fluently than anyone.”
—David Margolick, The New York Times Book Review

“The Nine is the latest, and by far the best [book] . . . about the Supreme Court.”
—Nina Totenberg, NPR

“This is a remarkable, riveting book. So great are Toobin’s narrative skills that both the justices and their inner world are brought vividly to life.”
—Doris Kearns Goodwin

“A compelling look at the power and the politics behind the Supreme Court.”
—Booklist

“Intelligent and even-handed . . . Toobin’s access to the Supremes and their secret little world is phenomenal.”
—Chicago Sun-Times
Read More 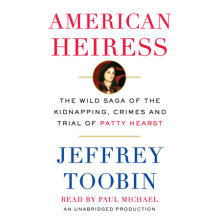 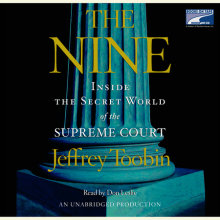 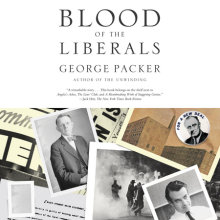 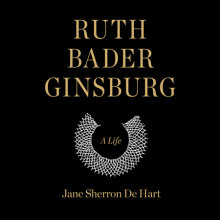