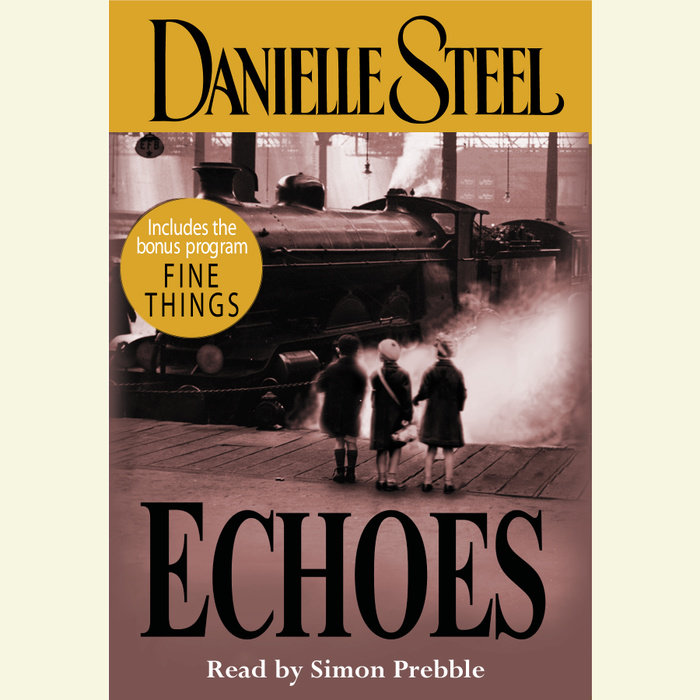 Against a vivid backdrop of history, Danielle Steel tells a compelling story of love and war, acts of faith and acts of betrayal…and of three generations of women as they journey though years of loss and survival, linked by an indomitable devotion that echoes across time.

For the Wittgenstein family, the summer of 1915 was a time of both prosperity and unease, as the guns of war sound in the distance. But for eldest daughter Beata, it was also a summer of awakening. By the glimmering waters of Lake Geneva, the quiet Jewish beauty met a young French officer and fell in love. Knowing that her parents would never accept her marriage to a Catholic, Beata followed her heart anyway. And as the two built a new life together, Beata’s past would stay with her in ways she could never have predicted. For as the years pass, and Europe is once again engulfed in war, Beata must watch in horror as Hitler’s terror threatens her life and family—even her eighteen-year-old daughter Amadea, who has taken on the vows of a Carmelite nun.

For Amadea, the convent is no refuge. As family and friends are swept away without a trace, Amadea is forced into hiding. Thus begins a harrowing journey of survival, as she escapes into the heart of the French Resistance. Here Amadea will find a renewed sense of purpose, taking on the most daring missions behind enemy lines. And it is here, in the darkest moments of fear, that Amadea will feel her mother’s loving strength—and that of her mother’s mother before her–as the voices of lost loved ones echo powerfully in her heart. And here, amid the fires of war, Amadea will meet an extraordinary man, British secret agent Rupert Montgomery. In Colonel Montgomery, Amadea finds a man who will help her discover her place in an unbreakable chain between generations…and between her lost family and her dreams for the future—a future she is only just beginning to imagine: a future of hope rooted in the rich soil of the past.

With the grace of a master storyteller, Danielle Steel breathes life into history, creating a bold, sweeping tale filled with unforgettable characters and breathtaking images—from the elegant rituals of Europe’s prewar aristocracy to the brutal desperation of Germany’s death camps. Drawing us into a vanished world, Echoes weaves an intricate tapestry of a mother’s love, a daughter’s courage…and the unwavering faith that sustained them—even in history’s darkest hour.
Read More
Praise for Danielle Steel

“Steel is one of the best!”—Los Angeles Times

“Steel pulls out all the emotional stops. . . . She delivers!”—Publishers Weekly

“What counts for the reader is the ring of authenticity.”—San Francisco Chronicle
Read More