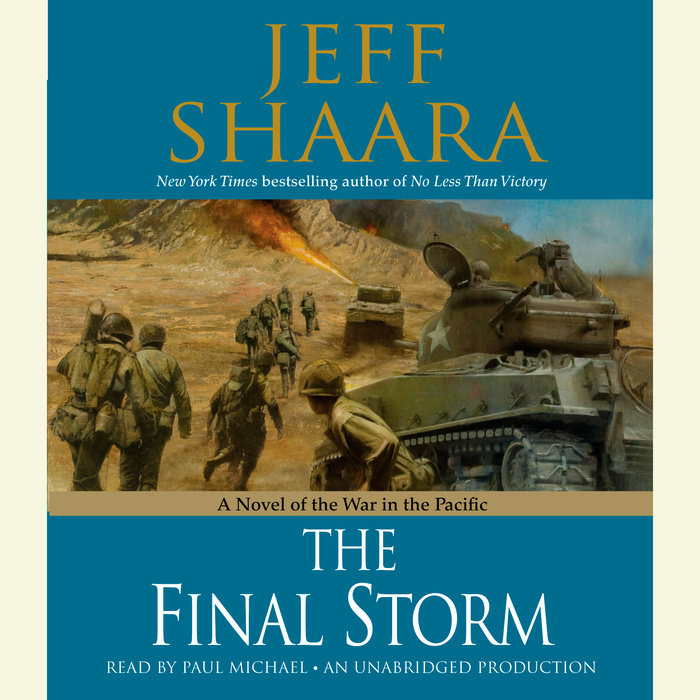 The Final Storm opens a new front in Jeff Shaara’s gripping chronicle of World War II as soldiers, sailors, and marines sacrifice all for one final push toward decisive victory in the fierce maelstrom of the Pacific theater.

As the war in Europe winds down in the wake of the Normandy invasion, the United States has turned its vast military resources toward an all-out effort against the Japanese. In the spring of 1945, Japan’s empire has been pressed slowly back toward its home islands, and the Americans mount a furious assault on the last great stepping-stone to Japan itself—the heavily fortified island of Okinawa. The three-month battle will feature some of the most vicious combat of the entire war, as American troops confront an enemy that would rather be slaughtered than experience the shame of surrender.

With a narrative dexterity befitting his status as a master storyteller, Shaara relates the story of the struggle for Okinawa through the eyes of combatants on both sides: Private Clay Adams, a young marine whose brother Jesse has already earned his share of glory as a paratrooper with the 82nd Airborne in Europe; Admiral Chester Nimitz, who must unite rival army and marine commanders into a cooperative effort; General Simon Bolivar Buckner, Jr., the American ground commander trying to live up to the legacy of his father, who led Confederate troops during the Civil War; and General Mitsura Ushijima, the Japanese general in charge of defending the island, who understands what Tokyo will not believe: that his own fight to the death will only delay the inevitable—as the Americans continue their advance toward the home islands and ultimate victory.

With the fights raging across the Pacific, a different kind of campaign is being waged in extraordinary secrecy: the development of a weapon so powerful, not even the scientists who build it know just what they are about to unleash. Colonel Paul Tibbets, one of the finest bomber pilots in the U.S. Army Air Corps, is selected to lead the mission to drop the horrific new weapon on a Japanese city. As the new president, Harry S Truman, mulls his options, and a Japanese physician named Okiro Hamishita cares for patients at a clinic near the city of Hiroshima, citizens on the home front await the day of reckoning that everyone knows is coming.

A fitting conclusion to one of the most riveting sagas in military fiction, The Final Storm illuminates the heroism and sacrifice that defined the war in the Pacific, bringing the conflict to life as only Jeff Shaara can.
Read More
PRAISE FOR JEFF SHAARA’S ACCLAIMED WORLD WAR II NOVELS

“Shaara’s research is finely woven into his narrative. . . . Shaara is apparently giving the people what they want—and what they need.”—The Wall Street Journal

“Magnificent . . . Intense, compelling, and thoroughly researched, this is much more than just an excellent historical novel.”—Library Journal

“Pounding with fierce action and human drama, and packed with accurately rendered history, The Steel Wave is an eye-opening reminder of the bitterly high price that combat soldiers have always been called upon to pay.”—St. Petersburg Times

No Less Than Victory

“[An] incisive portrait of war . . . Shaara [is] one of the grand masters of military fiction.—BookPage

“Powerful . . . impossible to put down until the very end.”—Huntington News Network
Read More 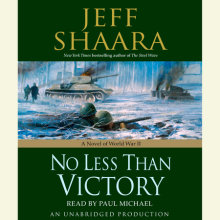 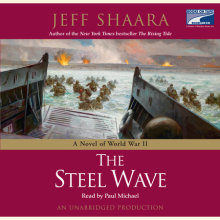 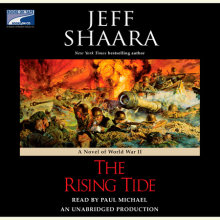 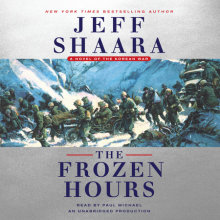