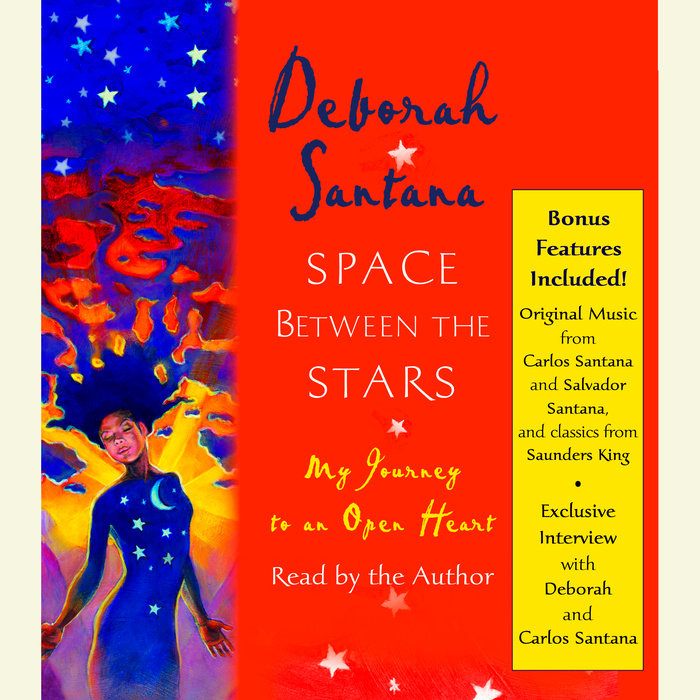 Deborah Santana is best known for her marriage to music icon Carlos Santana–a thirty-year bond that endures to this day. But as a girl growing up in San Francisco in the 1960s, daughter of a white mother and a black father–the legendary blues guitarist Saunders King–her life was charged with its own drama long before she married.

In this beautiful, haunting memoir, Deborah Santana shares for the first time her early experiences with racial intolerance, her romantic involvement with musician Sly Stone and the suffering she endured in that relationship, and her adventures in the freewheeling 1960s. Yet it is her spiritual awakening that is the core of this story. The civil rights movement was the foundation of her growth, the Woodstock era the backdrop of her love with Carlos. The couple was drawn indelibly together by a search for truth and spirituality, but while yearning to be filled with God’s light, they were pulled dangerously toward a manipulative cult. They eventually disengage themselves from the guru and reclaim control of their lives, putting their love for each other before the cult’s increasingly strenuous demands.

Space Between the Stars is a moving account of self-discovery, rendered in raw, beautiful prose, by a woman whose heart has remained pure even in times of despair. As Deborah Santana talks frankly about her lifelong fight against racial injustice and her deep-seated loyalty to her family, ultimately it is the struggle to remain a spiritual and artistic force in her own right, in the shadow of one of the world’s most revered musicians, that shines through as her most indomitable pursuit.
Read More
Advance praise for Space Between the Stars

“With the candor and vulnerability of one whose search for truth far outweighs any need for subterfuge, [Santana] writes of her husband, her friends, and her family, not as if unaware of their famous names, but as one more impressed with the quality of their souls. This lovely, loving book will make any woman who survived the sixties smile and shake her head in recognition, and give any man with the good sense to read it an unforgettable glimpse into the heart of a woman.”
–Pearl Cleage, author of Babylon Sisters

“I couldn’t put this book down. Beautifully written, full of fine detail, it breaks illusions about gurus, rock stars, and stereotypes about race. This is a dynamic memoir of an extraordinary woman’s life.”
–Natalie Goldberg, author of The Great Failure and Writing Down the Bones


“Deborah Santana bravely takes us on a fleshy earthbound romp across her rock-and-roll life. She stirs the memories of a generation’s messy crawl from girl to personhood, and seasons them with redeeming grace, joy, and unfolding. Cancel the spa; this is the release you’ve been seeking.”
–Alfre Woodard, actress

“Deborah Santana has blessed us with a precious jewel of a book. Her intimate gift of storytelling delights our senses and collects our tears in a resonant memoir. . . . This book has touched my soul with an abundance of grace and wise counsel. It yields good fruit in season.”
–LaTanya Richardson, actress

“A beautiful memoir that will delight, surprise, and inspire readers. Deborah Santana has the courage to candidly discuss her life at the center of rock-and-roll history including its glamour, excesses, and glories–and show us a much bigger truth–the power of the human spirit to prevail over the shadows of the human mind.”
–Mark Bryan, co-author, The Artist’s Way at Work