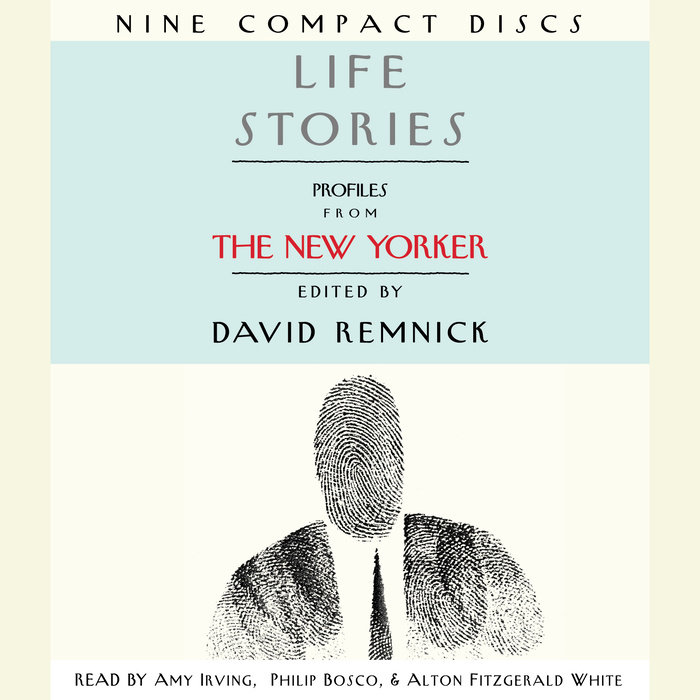 One of art's purest challenges is to translate a human being into words. The New Yorker has met this challenge more successfully and more originally than any other modern American journal. It has indelibly shaped the genre known as the Profile. Starting with light-fantastic evocations of glamorous and idiosyncratic figures of the twenties and thirties, such as Henry Luce and Isadora Duncan, and continuing to the present, with complex pictures of such contemporaries as Mikhail Baryshnikov and Richard Pryor, this collection of New Yorker Profiles presents readers with a portrait gallery of some of the most prominent figures of the twentieth century. These Profiles are literary-journalistic investigations into character and accomplishment, motive and madness, beauty and ugliness, and are unrivalled in their range, their variety of style, and their embrace of humanity.

Including these twenty-eight profiles:

“Mr. Hunter’s Grave” by Joseph Mitchell
“Secrets of the Magus” by Mark Singer
“Isadora” by Janet Flanner
“The Soloist” by Joan Acocella
“Time . . . Fortune . . . Life . . . Luce” by Walcott Gibbs
“Nobody Better, Better Than Nobody” by Ian Frazier
“The Mountains of Pi” by Richard Preston
“Covering the Cops” by Calvin Trillin
“Travels in Georgia” by John McPhee
“The Man Who Walks on Air” by Calvin Tomkins
“A House on Gramercy Park” by Geoffrey Hellman
“How Do You Like It Now, Gentlemen?” by Lillian Ross
“The Education of a Prince” by Alva Johnston
“White Like Me” by Henry Louis Gates, Jr.
“Wunderkind” by A. J. Liebling
“Fifteen Years of The Salto Mortale” by Kenneth Tynan
“The Duke in His Domain” by Truman Capote
“A Pryor Love” by Hilton Als
“Gone for Good” by Roger Angell
“Lady with a Pencil” by Nancy Franklin
“Dealing with Roseanne” by John Lahr
“The Coolhunt” by Malcolm Gladwell
“Man Goes to See a Doctor” by Adam Gopnik
“Show Dog” by Susan Orlean
“Forty-One False Starts” by Janet Malcolm
“The Redemption” by Nicholas Lemann
“Gore Without a Script” by Nicholas Lemann
“Delta Nights” by Bill Buford
Read More
Shown Here in Profiles

"He scans the assembly, his eyes twinkling like icicles. Hard to believe, despite the pewter-colored hair, that he is fifty-one: he holds himself like the midshipman he once was, chin well tucked in, back as straight as a poker."
--Kenneth Tynan on Johnny Carson

"If I were a bitch, I'd be in love with Biff Truesdale. Biff is perfect. He's friendly, good-looking, rich, famous, and in excellent physical condition. He almost never drools."
--Susan Orlean on show dog Biff Truesdale

"Misha was one of those children who could not sit still. Erika Vitina, a friend of the family, says that when he ate at their house you could see his legs dancing around under the glass-topped dinner table."
--Joan Acocella on Mikhail Baryshnikov

"Today her body, whose Attic splendor once brought Greece to Kansas and Kalamazoo, is approaching its half-century mark. Her spirit is green as a bay-tree, but her flesh is worn, perhaps by the weight of her laurels."
--Janet Flanner on Isadora Duncan

"His eyes had changed....The shyness, any traces of real vulnerability that they had formerly held, had left them; now he looked at people with assurance, and with what can only be called a pitying expression, as though he dwelt in spheres of enlightenment where they, to his regret, did not."
--Truman Capote on Marlon Brando

"He is a slight, handsome man of thirty-nine, with dark shoulder-length hair, worn tightly sleeked back and bound with a rubber band, accentuating his appearance of quickness and lightness, of being sort of streamlined."
--Janet Malcolm on David Salle

"He has two caregivers and is bathed and dressed in a collaborative effort that has shades of Fellini. He spends his days in a custom-made wheelchair while others read to him or give him physical or speech therapy. Every Friday, he goes to the movies."
--Hilton Als on Richard Pryor
Read More