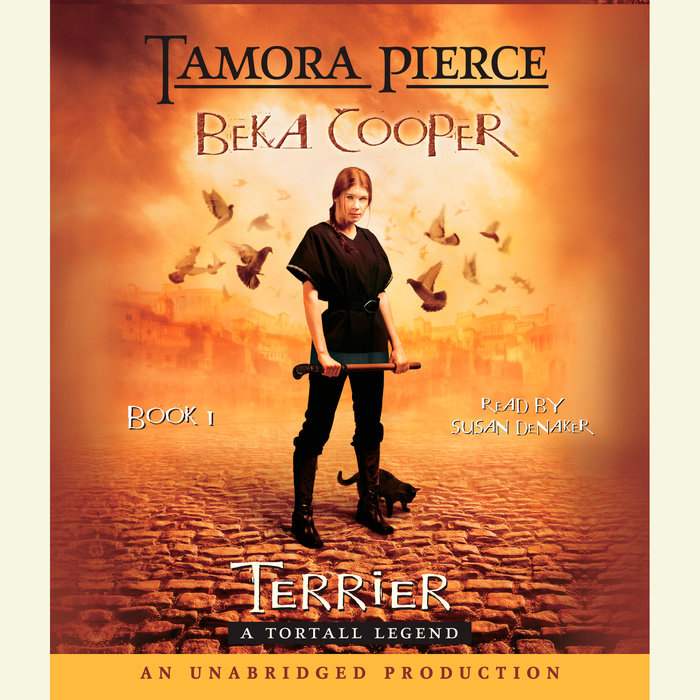 Hundreds of years before Alanna first drew her sword in Tamora Pierce’s memorable debut, Alanna: The First Adventure, Tortall had a heroine named Beka Cooper–a fierce young woman who fights crime in a world of magic. This is the beginning of her story, her legend, and her legacy. . . .
Beka Cooper is a rookie with the law-enforcing Provost’s Guard, commonly known as “the Provost’s Dogs.” To the surprise of both the veteran “Dogs” and her fellow “puppies,” Beka requests duty in the Lower City. The Lower City is a tough beat. But it’s also where Beka was born, and she’s comfortable there.
Beka gets her wish. She’s assigned to work with Mattes and Clary, famed veterans among the Provost’s Dogs, and they don’t know that Beka has something unique to offer. Beka is a good listener. So good, in fact, that she hears things that Mattes and Clary never could–information that is passed in murmurs when flocks of pigeons gather . . . murmurs that are the words of the dead. And the ranks of the dead will be growing if the Dogs can’t stop a crime wave the likes of which has never been seen. Luckily for the people of the Lower City, the new puppy is a true terrier!
Read More
“With its rollicking adventures [and] appealing characters . . . Terrier will be in strong demand by Pierce’s fans. It will keep readers on the edge of their seats.”
—School Library Journal, STARRED REVIEW

“Tamora Pierce is a seminal figure in the fantasy field of writing, turning out one terrific book after another.”
—TERRY BROOKS, New York Times bestselling author of the Sword of Shannara trilogy

“In the world of YA fantasy, there’s before Tamora Pierce, and then after her female heroes started kicking down the doors (and walls, and other barriers)!”
—BRUCE COVILLE, New York Times bestselling author

“Tamora Pierce is a trailblazer for so many fantasy writers, hacking through the old tropes with her narrative machete and showing us that girl-centered adventures are not just possible but amazing.”
—RACHEL HARTMAN, New York Times bestselling author

“Tamora Pierce is gloriously unafraid to give her readers joy and laughter along with adventure and struggle, to let us love her characters wholeheartedly and find the best of ourselves in them.”
—NAOMI NOVIK, New York Times bestselling author

“Tamora Pierce and her brilliant heroines didn’t just break down barriers; they smashed them with magical fire.”
—KATHERINE ARDEN, author of The Bear and the Nightingale

“Tamora Pierce is the queen of YA fantasy, and we are all happy subjects in her court.”
—JESSICA CLUESS, author of A Shadow Bright and Burning 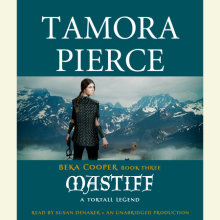 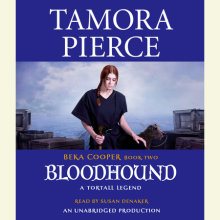 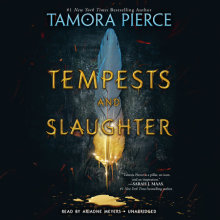 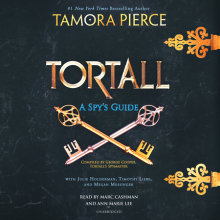